The leaders said these priorities will help remove barriers to economic growth. 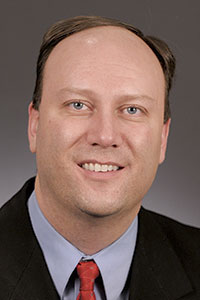 A few weeks into the legislative session, leaders of both advocacy organizations said they are pleased to see the focus on rural Minnesota in 2015.

“In my 14 years in the Legislature, I’ve never seen such a focus on rural Minnesota before,” said Marty Seifert, former legislator and gubernatorial candidate.

The coalition and partnership are seeking $45 million in additional local government aid to return the LGA funding back to where it was in 2002. LGA is funding given to cities each year from the state.

Bradley Peterson, senior lobbyist for the Coalition of Greater Minnesota Cities, described local government as the “bread and butter” for Minnesota communities. It goes to support things such as police, fire and library services, he said.

“It serves as a foundation for all of the other things that Greater Minnesota communities do,” he said. “Without those items, you really can’t move on to a discussion about other economic development and business growth.”

Though there were positive changes enacted to the LGA formula two years ago, Petersen said the LGA program has not fully recovered from drastic cuts it saw in the early 2000s.

In 2014, the coalition and partnership lobbied for funding for a broadband infrastructure grant program. The legislature created a $20 million fund to help bring high-quality, high-speed broadband Internet service to parts of the state that do not meet the state’s connectivity goals.

Dan Dorman, executive director of the Greater Minnesota Partnership, said there is still work to be done to make sure the entire state is sufficiently connected.

He said more than $40 million in applications were submitted last year for the program.

“Clearly more work needs to be done,” he said.

Peterson said this past summer as he traveled around to cities in Greater Minnesota, the question he got asked most was whether there would be another round of broadband funding. 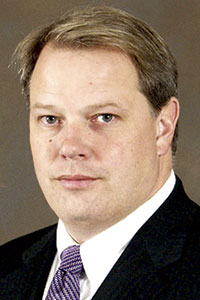 Peterson said though there are jobs available in Greater Minnesota, many employers struggle with finding workers who possess the skills to fill open positions.

“We have a plan for a fast, flexible, employer-driven workforce training program,” Dorman said, referring to legislation proposed by the Greater Minnesota Partnership. “This is a key component of successfully filling the many job vacancies that exist throughout Greater Minnesota.”

He said he and others looked at programs in several other states and hope to get this legislation passed this biennium.

“It really gives the company who needs the employees some resources,” he said.

In addition to the challenge employers face in trying to find skilled workers, Greater Minnesota is also experiencing a challenge in attracting workers because of a lack of available workforce housing.

Dorman said the coalition and partnership want to create a tax credit to jumpstart the market to get some workforce to this part of the state. This would encourage investors and contractors to build in Greater Minnesota so that businesses and cities could grow.

“Greater Minnesota is in the midst of a workforce housing crisis,” he said. “There simply aren’t enough units available to allow people to live and work in many of our communities,” he said.

Seifert said the two priorities for the coalition and partnership are the Corridors of Commerce program and local roads.

The Corridors of Commerce program is aimed at increasing capacity and removing bottlenecks on the state’s highway corridors, many of which are in Greater Minnesota.

They also support more funding for smaller communities under 5,000, which Seifert said are “kind of left out right now.”

“We are hearing from both parties and both sides that rural Minnesota will be a priority,” he said.

“This is a critical moment for us,” Seifert said. “Legislators have a unique opportunity this session to prove their commitment to Greater Minnesota. It’s time to make good on some of the promises that have been made over the past few months and show that they are willing and able to do what it takes to make Greater Minnesota strong for years to come.”

Obama raises the stakes on inequality

The Star Tribune Distributed by Tribune Content Agency President Obama isn’t through yet. A refusal to be relegated to irrelevance... read more