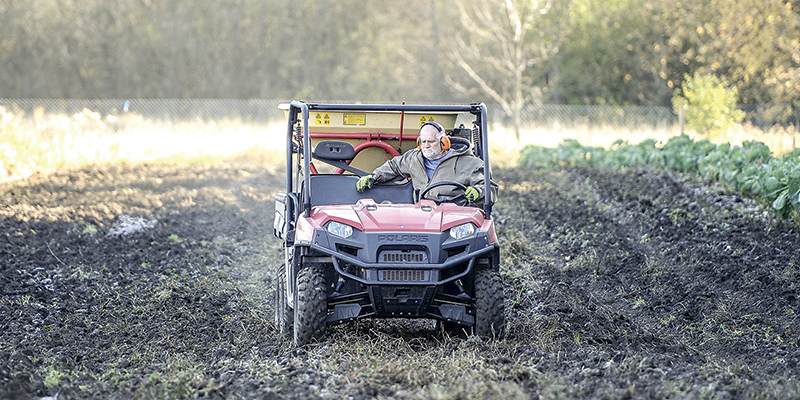 It looked like a lot of fun, throwing seed around.

Mower County Soil and Water Conservation District technician Larry Callahan, aboard a seeder, made pass after pass along the acre of the La Surena Cooperative’s community garden on Friday morning. Behind him, a spray of Triticale seed settled on the tilled ground.

The sun was high and the wind was down — perfect weather for spreading a cover crop.

While the seeding was not a new event for conservation officials, it was a first “because we’ve never done anything this small,” said Horsman. 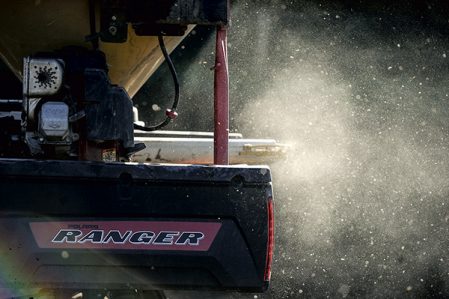 There are at least 5,000 acres in the county of cover crops planted in cooperation with the district, Horsman said.

“But there are far more than that; those are just the acres we help with,” Horsman added.

Still, the use of a cover crop is just as important on one acre as 600, she said. “A small residential garden gets the same benefit,” she said. Local gardeners can easily spread similar seed.

The district chose Triticale, a winter grain that can be planted late in the season, Horsman said.

The seed will emerge in the spring and reach 6-8 inches in height before the area will be tilled.

As Martin uses organic methods to garden, taking care of the soil this way makes sense.

“I want to do anything that keeps our soil nice” and fertile, with good drainage, he said.

La Surena, established in cooperation with the Latino Economic Development Center, just completed its second year of operation at its location on Fourth Street Southeast.

The cooperative produces vegetables sold locally, including at the Hy-Vee store in Austin. 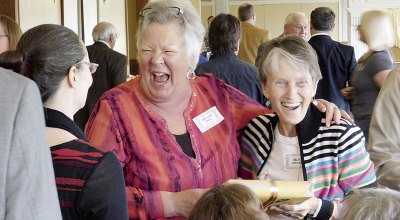