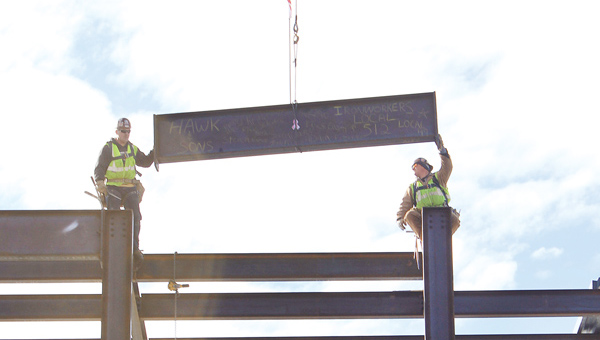 “It doesn’t come along very often,” he said. “And it just makes construction a lot more fun.”

The entire steel structure, including bolts, beams and other supplies weighs 962,000 pounds, roughly the equivalent of 17 million forks, representatives said. A total of 14,000 bolts — at $1 each — fasten everything together.

The 85,600-square-foot expansion and indoor remodel is scheduled for completion on Feb. 28, 2013. The expansion will create 70 more jobs, as well.

It’s that time of year for the Minnesota party caucuses. I love talking policy and politics any time of year.... read more