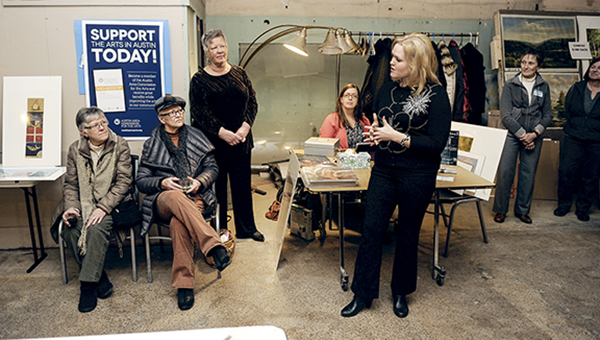 Jennie Knoebel, executive director of the Austin Area Commission for the Arts, announces that the Austin Area Art Center has officially joined with the AACA and it’s site at the Oak Park Mall is now the temporary home of the Austin ArtWorks Center. Eric Johnson/photodesk@austindailyherald.com

The Austin Area Commission for the Arts has partnered with the Austin Area Art Center: a move to strengthen the art scene in Austin and bolster efforts to bring more art to Austin’s historic downtown bank building on Main Street and create what will be the ArtWorks Center and a home for the annual ArtWorks Festival. 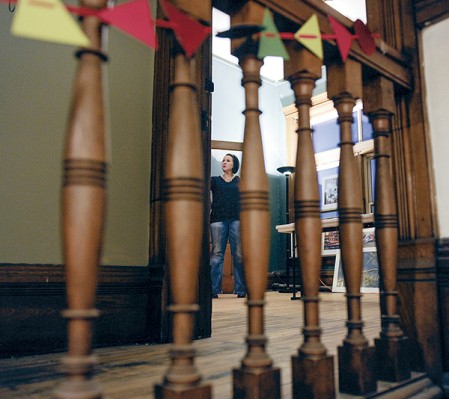 Nadia Braaten looks at art in the upstairs of the bank building Friday night during an art sale which featured prints from an Owatonna gallery that recently closed. Eric Johnson/photodesk@austindailyherald.com

Knoebel made the announcement Friday night during a fundraiser and wine-tasting event in the building. She had hoped to mention the commission had secured the downtown building for its headquarters, but those efforts for a rental agreement are still in the works. Still, Knoebel is confident that will happen.

“We also had hoped to announce we secured the building,” she said in front of dozens of art and wine connoisseurs.

The Commission for the Arts received a donation of more than 150 original prints from the Cedar Gallery in Owatonna, which closed in November. According to Knoebel, Cindy Rossow, who closed that building, came through big-time.

The items were on sale Friday night and Saturday on both floors of the building, including paintings old farmhouses, hunting dogs, horses, snowy historic scenes and much more. Proceeds will help the commission secure the bank building, where the Austin Area Art Center looks to move its items, as well.

Owners Lora Lee Bauer and Bonnie Lee decided to join the commission when they saw the opportunity to strengthen their own efforts.

Knoebel was pleased with the amount of guests and the atmosphere.

“The night has been great,” Knoebel said. “We’ve had a really great turnout.”

Among proceeds from the paintings, the new partnership hopes to secure funding from The Hormel Foundation and hopes to move into the building by late summer in time for the ArtWorks Festival on Aug. 23 and 24.

Correction: A previous version of this story stated the commission would purchase the bank building. Instead, it may enter a rental agreement. 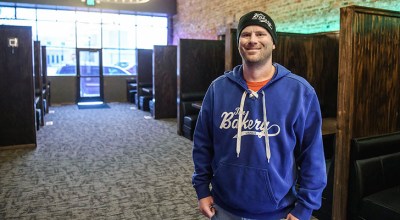