On a mission to Mexico 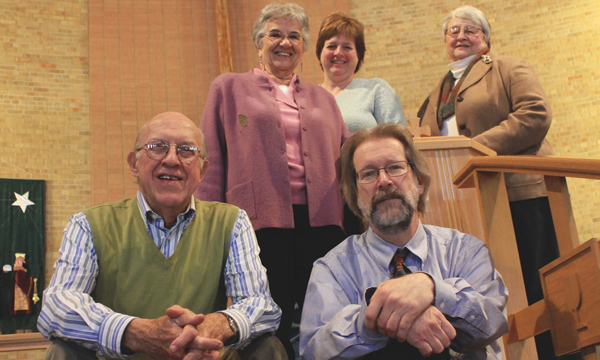 For one local group of volunteers, the definition of family is different than it is for many.

The group joined a new family in Oaxaca, Oaxaca, Mexico; and despite living in different countries and hailing from different races, they share a common goal. They help each other while serving the Lord.

While Lyn Meany had never been to Oaxaca, her daughters had. Meany heard the stories from volunteers for years, and she felt like this was time to go. So she joined the family.

“It felt like I was coming home because the stories were so accurate,” Meany said.

Meany’s mother, Jan Helgeson, has been an integral part of the mission that has gathered several volunteers from area churches, including Grace Lutheran, St. Olaf Lutheran, Six Mile Grove and Mona Lutheran in Lyle, Sacred Heart Catholic in Hayfield and perhaps others. The volunteers call it the Iowa-Minnesota Lyle Area Oaxaca Mission Project, which started in 1996 when former pastor Russ Wangen of Six Mile Grove and two members of the Mona congregation, Frank Dunlevey and and Loren Meyer, traveled to Oaxaca.

A member of Crane Chapel in Austin originally told Wangen about the mission trip in Mexico, which was supporting a children’s home. Since then, Wangen has gone on the mission trip every year. And the mission has progressed, helping build churches, provide education and put families back together.

“It’s an effective ministry that is going on,” he said. “And it is reaching more people all the time.”

Helgeson has been on every trip except the first one. When her daughter joined the mission this year, the family had three generations serving in Oaxaca. And after 17 years of traveling to Oaxaca, the group keeps getting closer to the people of Oaxaca.

“It’s gotten to be a sense of family, and I saw that this first year I was down there,” Meany said.

More locals, including youth, are joining the trip, too. This year was the first time the group was large enough to split into two teams. While the first team returned from Oaxaca after Jan. 14, the second group departed to Oaxaca about a week ago and will stay until Feb. 16.

Since the mission began in 1996, the local volunteers have helped build a congregation in Oaxaca that now includes five church buildings. They’ve helped in kitchens and orphanages.

Crime, gangs, drug use and poverty affect Oaxaca, but the congregation and the mission group are always improving the situation. They’ve witnessed youngsters in tough situations grow up to become successful people and devoted members of the new congregation in Oaxaca.

“And now they are the leaders of the church,” Helgeson said.

While many measure the problems in Oaxaca by the amount of possessions people have, Pastor Jeffrey Forbes, who joined the mission several years ago, sees the situation differently.

“They are rich in spiritual blessings,” he said. “They’re blessed in some ways we aren’t.”

Despite coming from rough backgrounds, including gangs, many from Oaxaca turned their lives around, and Forbes sees it. He notices some Oaxacans don’t just go to church and go home. They live through their faith.

“It’s scripture and sermon time for however long it takes,” Forbes said.

After more than a decade and a half of sharing experiences with the growing Oaxaca congregation, Helgeson feels their faith, too. She and the volunteers attend services in Oaxaca, despite the language barrier.

“Even though you don’t understand it, you feel their faith,” she said.

Years of working together has built a strong bond between the volunteers and people of Oaxaca. Helgeson mentioned that it is good to see people making progress in life. That progress radiates to others, as well.

Also, the bond that has been built between the volunteers and Oaxaca congregation may be permanent. The fact that a generation has nearly passed since the project started proves that the mission could be permanent.

Meany asked, “How long are you going to keep going, mom?”

Helgeson jokingly replied about the upcoming years, “When are you going to push my wheelchair?”

But the mission group isn’t giving handouts, either. The Oaxaca congregation’s purpose doesn’t allow that. The church motto states: “The best charity is to help others to not depend on charity.”

And people in Oaxaca don’t expect a handout when they see the growing group from Minnesota and Iowa coming to their country. They expect a hug.