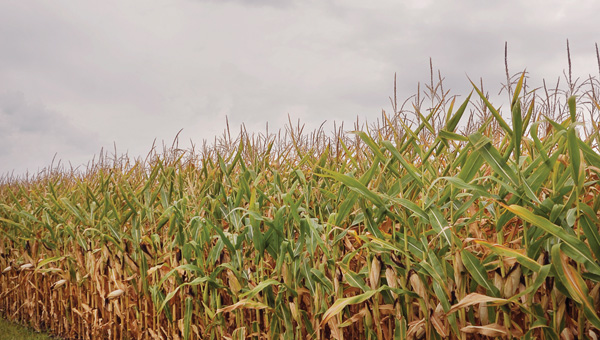 Though another week of warm temperatures and limited rain helped corn mature in northern parts of Minnesota, dry conditions in this area have brought the growing season to an end.

Most corn has filled, but rain can still help the bean pods mature for the next few weeks, area farmers said. Still, some farmers have lowered their projections of above-average yields to just average.

“We’ve definitely been hurt with dry weather through July and August,” said Jon Hillier, agronomist with Northern Country Co-Op in Rose Creek. He said the area has gone through the driest July and August of the past 55 years.

From the Sargeant area to West Concord, however, conditions have still been favorable.

The U.S. Department of Agriculture, in its weekly crop weather report Monday, warned of precipitation shortfalls in the southern third of Minnesota. Seven percent of topsoil moisture was rated as very short; 22 percent was short, 64 percent was adequate and 7 percent was at a surplus — a decline from a week ago.

According to Larson, it’s tough to predict the size of beans throughout the region, though. “No one really knows what’s out there until you get out there,” he said.

Though Hillier initially expected corn farmers to harvest late this year because of late planting, that prediction has changed, too.

“If anything, it will be on time or early now,” He said.

Larson added farmers in his area will be harvesting corn in about a month — either on time or early, depending on each type of corn.