From sugarcane fields to Dexter 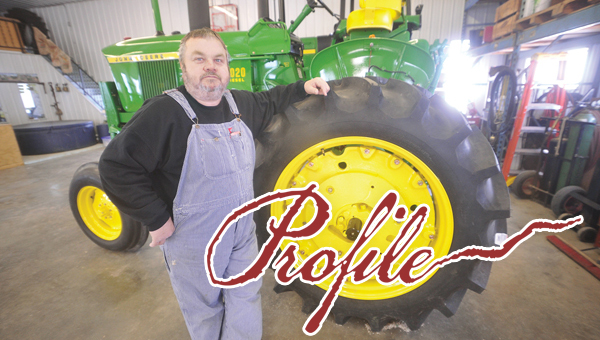 John O’Connoll collects new generation hi-crop tractors. The hi-crop is a rare model built by John Deere that was mostly used in Florida, Louisiana and California. He is working to restore a series of six hi-crops.

“It’s a fun hobby,” O’Connoll said. He owns about a dozen tractors.

O’Connoll, 57, remodels his tractors, which takes a great deal of time, but offers something to do.

“I had three daughters, and I couldn’t sit in the house all the time,” he said. “I don’t watch TV. I don’t chase women or drink. So what do you do?”

O’Connoll first learned about the tractors when he was visiting a relative in Florida. Since then, he’s looked for parts in Florida during vacations with his wife and daughters.

“They lay on a beach in southwest Florida for a week, and I tractor hunt,” he said.

Just the cosmetics on one of his tractors took about three months working from 5 p.m. to midnight. O’Connoll, a former farmer and dirt contractor, said he does much of the work during the winter down season.

The tractor was used for work with tall vegetables, like tomatoes. The largest tractor he owns was used in sugarcane fields and ran through deep mud.

Once he restores the six tractors in the hi-crop line, he plans to fully restore a series of six hi-crops to bring to shows in his retirement. Each of the hi-crops was built from 1961 to 1972 and very few of each model were built.

Only 98 of the late 3020 model were built, and 101 of 2520 were built. Those numbers are likely lower now, as some of the tractors have been scrapped for parts.