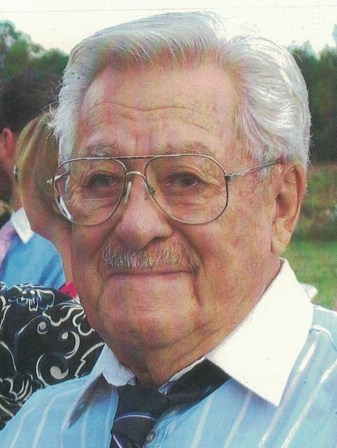 Harold Olson of LeRoy, MN passed away peacefully at his home at Wildwood Grove Assisted Living on June 9th, 2021. Harold was born on October 15th, 1921 in Reinbeck Iowa to Leo and Minnie (Wolthoff) Olson. He attended School in Chester, IA and worked on the family farm with his father for several years.  He was united in marriage to Eleanor Tibbals in 1949 in which they were blessed with three children, Allen, Wayne and Dianne. During this time he worked for Hanson Tire Service where he was their top alignment man for many years.  He later owned his own business Olson Self Serv in Le Roy, MN.  After he semi retired he worked at Smitty’s bar in Austin, MN.  Harold enjoyed going fishing up North and went with a group including his two sons to Canada fishing which he continued to do until just a few years ago.  He also enjoyed country music and spending time with his family.  He is proceeded in death by his parents, sisters Margie and Shirley, brother Daryl and former wife Eleanor.  He is survived by his sons Allen (Chris) Olson, Wayne (Lynnea) Olson, daughter Dianne (William) Lewison, sister Carol, step children Sherry, Debbie and Rusty, many grandchildren, great grandchildren, nieces and nephews.  He was loved by many and will be greatly missed.  A Celebration of Life will be scheduled at a later date.