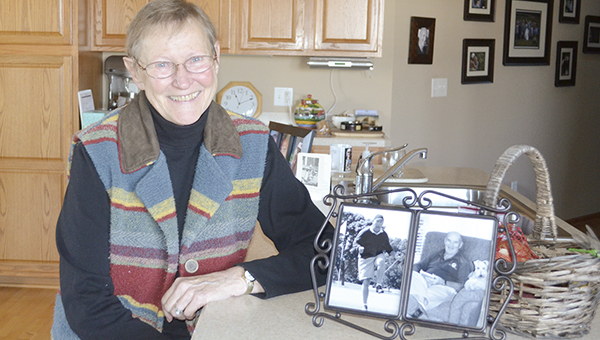 Mary Hokanson is speaking about the benefits of hospice care after her husband, Jim (in pictures), died this year. — Trey Mewes/trey.mewes@austindailyherald.com

Mary Hokanson is glad she and her husband, Jim, moved to Mapleview in October 2012, just in time for Jim to seek hospice care. Doctors at Mayo Clinic had diagnosed Jim’s cancer as terminal at that point, and the Hokansons needed to make end-of-life plans to ensure Jim could spend the rest of his time in comfort. The care they received from the hospice program at Mayo Clinic Health System — Austin comforted Jim and Mary, and has since inspired Mary to advocate for hospice care. 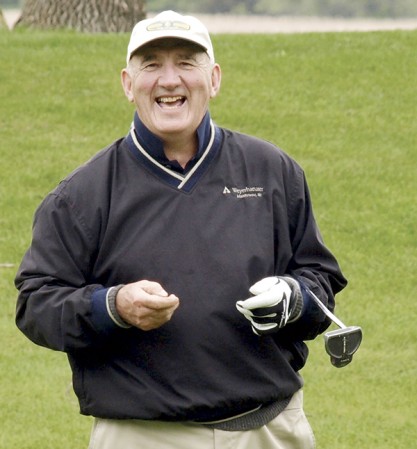 “It’s something people still don’t know is there,” Mary said.

Mary had been a hospice volunteer in Colorado for eight years before Jim was diagnosed with cancer, so she knew how the process worked for the love of her life. She met Jim while the two taught at a school in Cleveland, Ohio. She taught business and English, while Jim was a social studies teacher and football coach. They were both from out of state, as Mary graduated from college in Wisconsin and Jim earned his degree in North Carolina.

“I decided I would find a husband out of state,” Mary said with a smile.

The two were married in June of 1962, had five children and numerous grandchildren, and were able to live their lives to the fullest. They settled in Colorado and retired there, and Jim was able to golf all he wanted.

Yet Jim’s health started to decline after he was diagnosed with cancer in 2011. He was first treated for lymphoma, but doctors eventually found a tumor in his liver, and from there his cancer spread.

“He used to say, ‘How many different kinds of cancer can a guy get?’” Mary said. 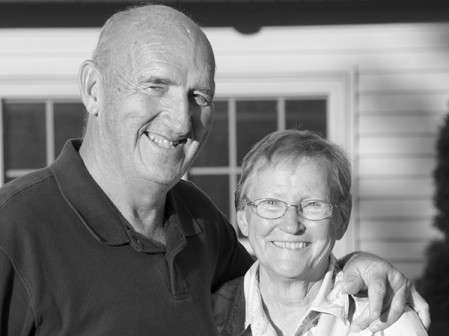 Jim and Mary Hokanson at their 50th anniversary in 2012. Mary is advocating the benefits of hospice care after Jim died of cancer earlier this year. — Photo provided.

From there, Mary and Jim decided to enter into hospice care and prepare for the end, rather than continue treatment.

“That’s when we decided that was enough,” Mary said. “Really, the infusions were causing him more trouble than, really what we wanted to do. Hospice was the way to go at that point.”

Hospice care is typically a Medicare program, designed for people who have received a terminal diagnosis from doctors and who don’t expect to live longer than six months.

According to Bollum, hospice care involves a team of professionals and volunteers ready to help patients and their families through the end-of-life process. Doctors, hospice aides, social workers, medical directors, chaplains and more help families provide comfort and dignity, while also helping families deal with things like finances, grief and preparing funeral services. 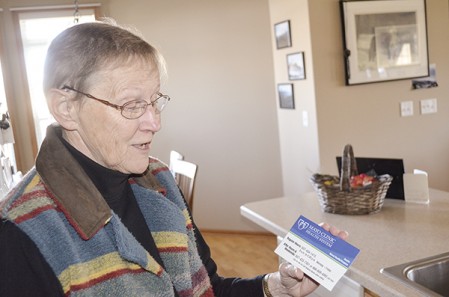 For Jim, that meant volunteers would visit the Hokanson home to assist him in various tasks. Sometimes, that meant convincing Jim he would breathe easier with an oxygen mask, or getting him to try a wheelchair to get around, instead of a walker.

Jim’s time in hospice care passed rather quick for Mary, as he spent about three months at home before he passed at the end of January.

Mary credits Mayo’s hospice program with helping the family transition through the death. For Mary, Jim’s death wasn’t the most difficult part: It was the process of death, that Jim was dying, that was difficult for her. She’s thankful to the hospice program for helping her family through Jim’s last months.

Since then, she decided to go through Mayo’s hospice care volunteer training, which takes several weeks. Though she was a hospice volunteer before, the rules for hospice volunteers are different in Minnesota, and she is glad she received training to help others deal with tough, intimate situations like a loved one’s last days.

“Everyone dies,” Mary said. “It’s a natural part of life.”

Residents interested in volunteering at Mayo can call 507-434-1415 for more information on the hospice program’s volunteer courses.

A brass shine to Christmas