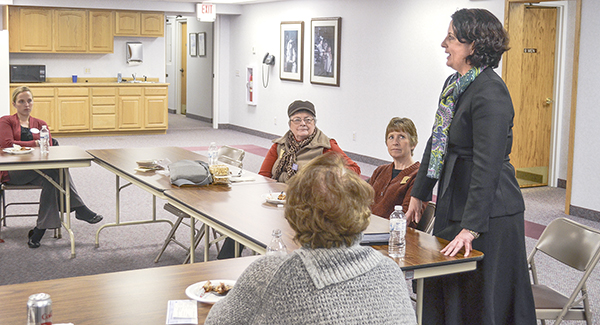 If there’s one thing that can prevent domestic violence, it’s breaking the cycle between generations of residents who may grow up with violence in their home.

Nelsen said Mower County doesn’t have the resources to track how many domestic violence cases there are on a yearly basis, but she has seen a notable increase over the years, including more instances of domestic violence from former victims who now emulate behavior they saw while growing up at home.

Contrary to popular belief, domestic violence doesn’t just take place between spouses at home, though Nelsen said a majority of domestic violence cases in Mower County involve males who victimize females. Nelsen has seen an increase in stalking cases, where someone tracks their significant other’s whereabouts for a long period of time.

“Parents need to be aware of this,” she said

Groups like the Seibel Center — which allows parents to exchange children in a safe environment with no fear of abuse or escalating situations — have helped to decrease domestic violence cases somewhat, but Nelsen stressed that it’s incredibly difficult to stop domestic violence from happening, as spouses and significant others can often be coerced into recanting their stories in order to protect the offender.

“We’ll have women with broken bones who try to come in and recant,” she said.

Nelsen did highlight the domestic violence program Mower County Corrections has put in place in recent years, as she told Zonta members that 72 residents have gone through the program thus far.

Still, Nelsen said there is plenty to do to spread awareness about domestic violence within the community.

“Nobody should be a victim of violent crime and assault,” she said.