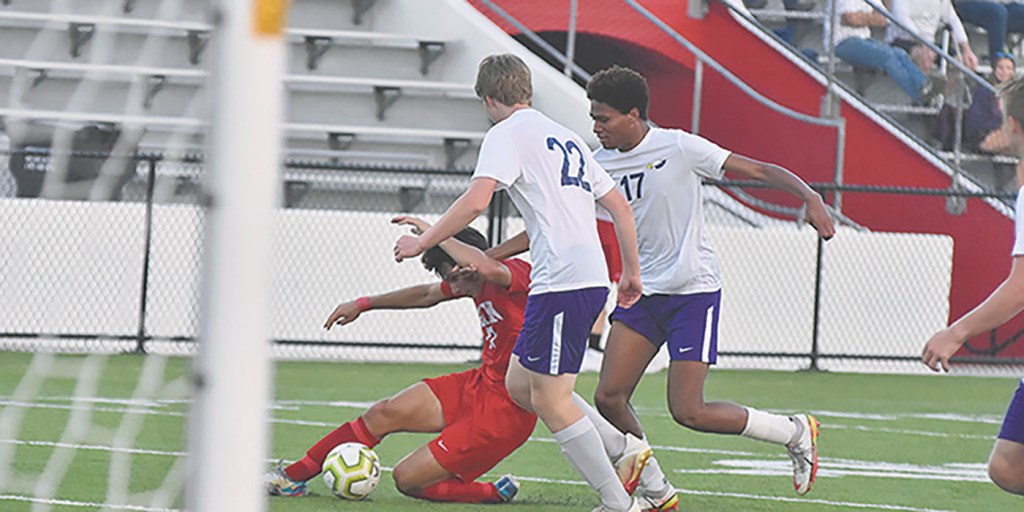 The Packer boys soccer team didn’t come out on a huge run, but they controlled the ball for the entire night as Austin topped Red Wing 3-0 in Art Hass Stadium Tuesday.

Tedesse has emerged as a big goal scorer early this season as the Packers are playing without one of their top scorers in sophomore Aidan Martinez, who is out with an injury.

“We’ve got some good players like Joe (Ewing) and Juju and they do a great job of getting the ball to me,” Tedesse said. “I’m pretty fast and I know I can get to the net. I’ve just got to make the right run.”

Austin head coach Jens Levisen likes the advantage that Teedesse’s speed gives the Packers, but he wants the team to remain within the offense and not force the deep ball.

“We can’t only run,” Levisen said. “If we get the pass that’s awesome, but other times we’ve got to play with our back to the goal. We tried to force that pass a little bit too much after we got one early on. It’s nice to have that speed, but we have to use it in different ways.”

Austin’s defense was solid throughout the night as it held the Wingers (0-4 overall, 0-4 Big NIne) to just three shots on goal. The Packers fired off 16 shots.

Austin junior Nick Asmus helped lead the Packer defense, which also had Andrew Clausmen stepping up in the absence of Nga Reh, who was injured.

“It takes a lot of communication,” Asmus said. “We have to know where we’re all at and we have to support each other, and get the ball up to the offense. We had to play pretty patiently tonight and trust that the offense would put the ball in the net.”

Austin had a few players out with injuries on Tuesday, but the team showed its depth as it didn’t miss a beat.

“We have a lot of guys on that edge, where if somebody gets hurt, you’ve got somebody else that can step right up,” Levisen said. “It’s not like there’s a void.”