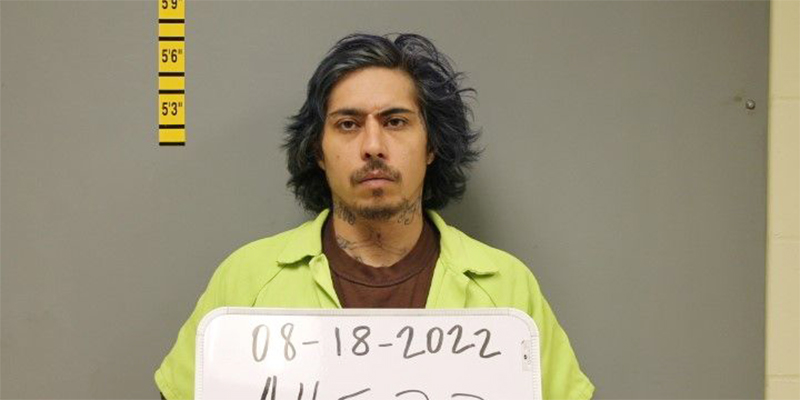 The altercation that led to the fatal shooting earlier this month south of Albert Lea reportedly centered around a package containing large amounts of methamphetamine, the Freeborn County attorney said Friday.

During a hearing charging Ben Vidal Moreno, 32, in the Aug. 9 shooting death of Juan Vasquez Jr., attorney David Walker said Vasquez had come to the residence at 75463 160th St. believing Moreno had stolen a package of 4 pounds of methamphetamine from his residence.

Moreno was charged in Freeborn County District Court with one count of first-degree manslaughter and two counts of second-degree assault with a dangerous weapon in Vasquez’s death.

After that, Moreno and another person, identified as Witness 1, at the residence reportedly took possession of a shotgun and a rifle on the property and loaded them.

At about 3 p.m., Vasquez and the driver returned to the property. Court documents state Vasquez got out of the vehicle when a second person who was at the house with Moreno, and identified in court documents as Witness 2, threw an object at the vehicle.

Vasquez and that person reportedly argued and the person told the driver of the vehicle not to return to the property.

Vasquez then got back into the vehicle, and they proceeded down the driveway when the driver heard a gunshot when they were about halfway to the street. The driver continued and heard three more shots fired, court documents state.

Witness 1 provided a statement identifying Moreno as the person firing the shotgun. Moreno reportedly emptied the shotgun and then moved from a position near the northeast corner of the house to the southeast corner, where he met that person and took the loaded rifle and pushed the shotgun into that person’s hands.

The driver reportedly told police he heard Moreno yelling, “I told you, I told you …” and saw Moreno pacing in a circle at the south end of the driveway near where Vasquez’s body was found.

The driver, who ultimately left for fear of being shot, said the individuals were out of his sight for about 20 seconds.

Witness 1 told authorities that Moreno told a third person at the scene with Moreno, identified as Witness 3 in court documents, that she would take him from the scene. That person and Witness 2 left the scene in a vehicle with Moreno, while Witness 1 stayed at the property and called 911.

Witness 1 provided a statement identifying Moreno as the person with the rifle who fired the fatal shot and denied firing any firearm themself during the incident. The person approached Vasquez after he was shot, saw his handgun in his pocket and removed it and tossed it away, fearing he might yet use it.

Examination by authorities revealed the vehicle received damage in the back and side of the vehicle, there were several holes in the vehicle and the back window was broken.

Moreno was arrested at a house in rural Forest City, Iowa, Aug. 11.

When discussing bail, Walker asked Judge Ross Leuning to consider the behavior of Moreno not only in this instance but also in three other cases.

“This is not a situation where he was on property and defending himself …” Walker said of the new case.

Another case involved Moreno injuring a girlfriend with an ax, in which he pleaded guilty to threats of violence and is on probation and under a domestic abuse no contact order. Another incident he reportedly used a hammer in an assault, though he has denied being involved. The third case involved fifth-degree possession of a controlled substance.

Walker also pointed out that Moreno fled from Minnesota into Iowa after the shooting and was attempting to get a ride further south to Texas, where he has some family. He said Moreno has fled in the immediate aftermath of a crime or as charges were pending and referenced several times when Moreno failed to appear in court for his cases.

Peter Plunkett, a public defender who assisted with the cases Friday, argued that $1 million was high and asked the court to consider a $500,000 unconditional bail and $200,000 conditional bail.

Moreno is next slated to appear on the manslaughter and assault charges on Aug. 25.