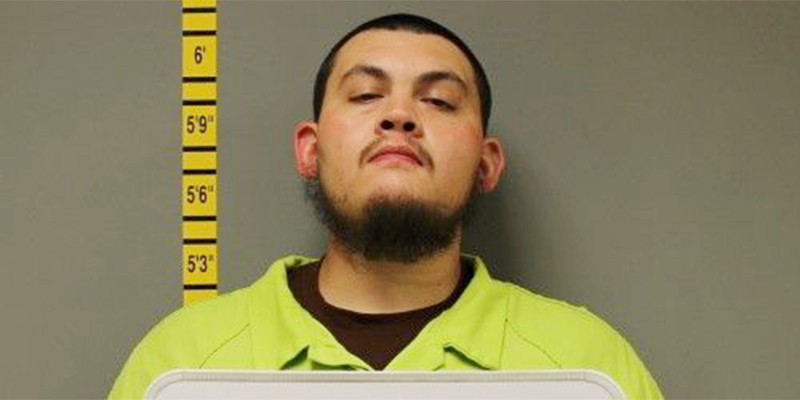 An Austin man was charged in Freeborn County District Court on Wednesday with second-degree assault with a dangerous weapon after he reportedly got out of a vehicle and struck another man with a baseball bat in the parking lot of an Albert Lea hotel on Monday.

Police state Terrance Gustaf Book, 28, did not previously know the victim in the case.

Court documents stated police were called to the hotel, at 2306 E. Main St., on Monday on a report of stalking involving Book. When an officer arrived, his attention was drawn to a vehicle in the parking lot that had several windows smashed. A group of people were gathered around a man lying on the ground on his back near the side entrance to the hotel.

The man was taken to the emergency room.

When an officer spoke with the man at the hospital, the man said he was at the hotel when a male got out of his vehicle and hit him with a bat. He stated the assailant also had a knife when he started to beat him.

The victim said he started to run, and the suspect, who was screaming at him, hit his car and then left. He described the suspect as having a knife approximately 12 inches in length in his left hand and the wooden bat in his right hand. He was later identified in a photo lineup.

The court complaint alleges Book hit the victim with the bat three times on his left leg. The injured man at one point limped to the grass area where police ultimately found him.

The victim told police he did not know who Book was but had seen him at the hotel previously on Friday. He said when he previously saw him, he was screaming and looking for a female. He said he thought the man’s wife had left him and that he thought the victim had her.

The victim stated he did not have anything to do with the woman and did not know her.

Book was ultimately found during a traffic stop and denied assaulting the man.

Police found the victim’s vehicle had both its rear window and passenger side rear window smashed, with damage estimated at $600.

Second-degree assault carries a maximum penalty of seven years in prison and a $14,000 fine or both.