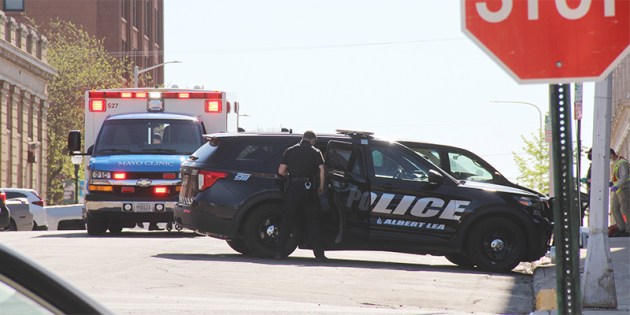 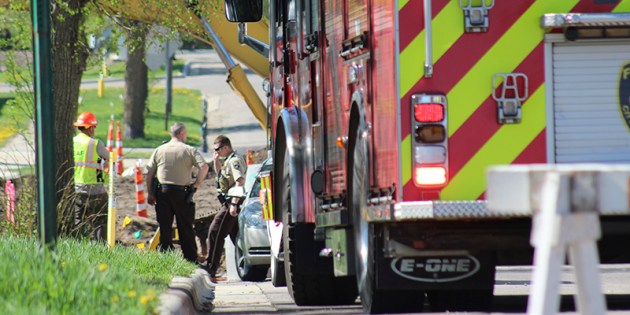 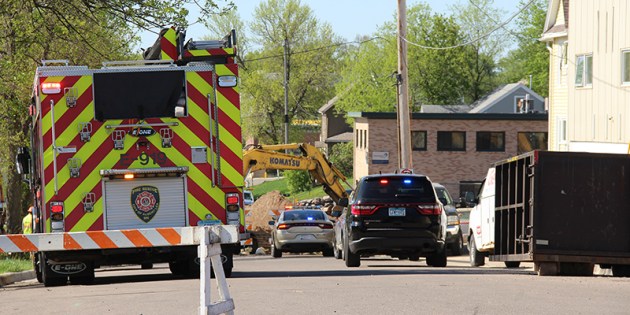 Law enforcement and firefighters could be seen parked in the road near the residence at 221 E. Main St., the site of a stabbing Monday morning in Albert Lea. Sarah Stultz/Albert Lea Tribune 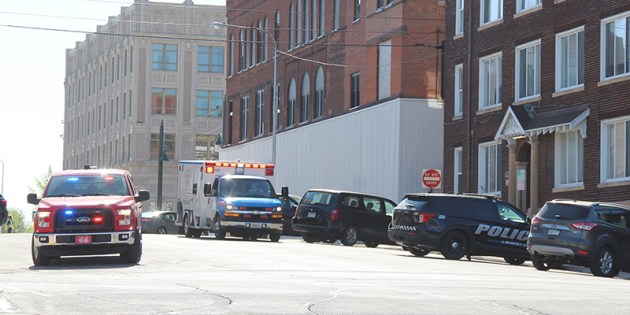 Authorities could be seen outside of 133 W. William St. Monday morning after a stabbing a few blocks away. One person who was injured was found at the complex. Sarah Stultz/Albert Lea Tribune

The suspect in the alleged stabbing Monday morning of three people at an apartment complex in Albert Lea reportedly turned himself in to authorities about three hours after the incident.

According to police, two of the victims, Ts Taitosh, 20, and Tom Aitaro, 23, were flown by helicopter to St. Marys Hospital in Rochester and as of Tuesday afternoon were still in critical condition. The third victim, Akinson Komis, 26, is no longer hospitalized.

Carlson said Kasio was related to the three who were injured but information about what led to the stabbing has not yet been released.

According to a press release, authorities were called out at 8:43 a.m. for an unknown emergency at 221 E. Main St., at the corner of East Main Street and Elizabeth Avenue. When Albert Lea police and firefighters arrived, they found residents directing them to two knife wound victims. Police and firefighters provided emergency aid, and Mayo Ambulance transported the victims to Mayo Clinic Health System in Albert Lea.

The apartment complex was searched, secured and maintained as an active crime scene.

The investigation led officers to a secondary crime scene at 133 W. William St. in Albert Lea, where officers searched and identified the third victim. This person was also taken by ambulance to the Albert Lea emergency room. All three victims were family.

Carlson said the third victim had left the scene on bike and gone back to his apartment on William Street with a hand injury. The two people with stab wounds who were found in the apartment on East Main Street had injuries to the chest and shoulders.

A kitchen knife with a blade approximately 7 inches long was the alleged weapon.