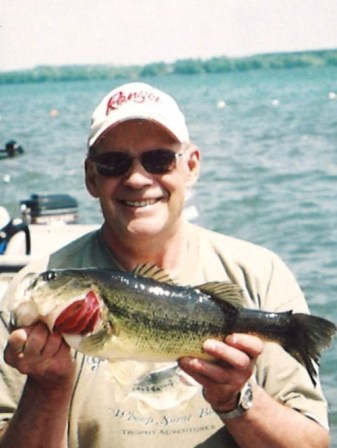 A graveside service will be held for Alan Schilling on Tuesday, April 26, 2022, at 11 am at Glenville First Lutheran Cemetery.

Alan Gerald Schilling, 73, of Lyle, MN passed away on April 18, 2022, with his beloved wife, Kathy, by his side, at the Eisenberg building Mayo Clinic, Rochester. He courageously fought a brief battle with cancer.

Alan was born July 22, 1948, in Austin, Minnesota to Gerald and Delores Schilling. Alan married Kathy Billings on December 31, 1975, at the Glenville Lutheran Church. They made their home in Albert Lea and Myrtle, until moving to Lyle.

Alan was an avid outdoorsman, spending his time in nature. He grew up on the family farm outside of Myrtle, where he enjoyed making wood and snow forts for his sisters and cousins to play in. He enjoyed watching the Minnesota Twins and Vikings and was a strong softball player. He gardened and grew raspberries, which he enjoyed eating. He loved to play cards, hunt and was an avid fisherman, spending many hours on his Ranger bass boat.

Alan attended Myrtle elementary school and graduated from Glenville high school. He worked as a meat cutter at Wilson & Company, Quality Pork Producers, and Hormel. He was dearly loved and will be missed by his mother, sisters, and many nieces and nephews. He is survived by his wife, Kathy, his mother, Delores, and three younger sisters: Kathy (Keith) Sorenson, Susan (Doug) Olson, and Mary Ann Schilling (Rick Lau), plus many nephews, nieces, grandnephews, and grandnieces. He was preceded in death by his father, Gerald Schilling, paternal grandparents, Alex and Laura Schilling, maternal grandparents, Arthur and Ella Tews, father and mother-in-law, Moore and Clara Mae Billings, uncles, and aunts, two nieces, Heather and Denise Olson, grandniece, Madison Mann, and most recently, his beloved cat, Ollie

Our family would like to thank the care teams on Mary Brigh 6B ICU and Eisenberg 7 for the care given to Alan.

Memorials are preferred to the Humane Society of donor’s choice.

May Alan Rest in Peace.