Is man charged in shooting at Shady Oaks competent to stand trial? 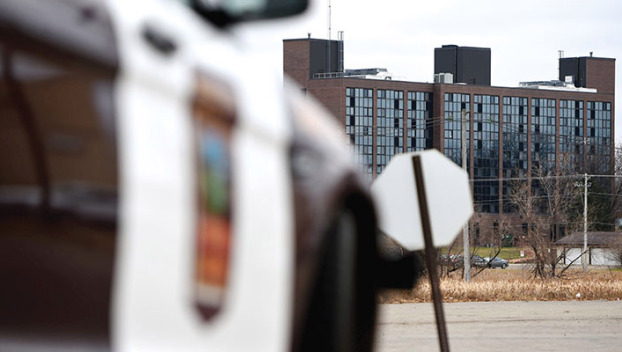 A Minnesota State Patrol trooper blocks off the entrance across from Shady Oaks apartment complex in November 2020, the scene of an early morning shooting that injured three people. File photo

Two psychologists gave differing opinions Monday in Freeborn County District Court about whether the man who allegedly shot three people in a standoff at Shady Oaks apartments in November 2020 is competent to stand trial. 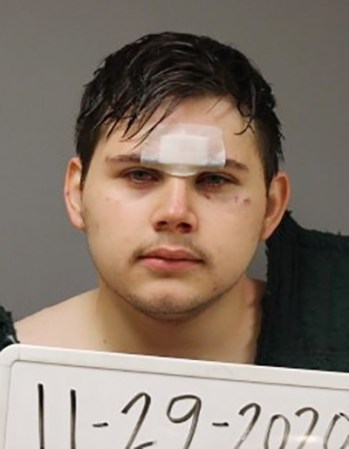 Forensic psychologist Tricia Aiken said though Devin Matthew Weiland has received several diagnoses, including depression, Asperger’s disorder, attention deficit hyperactivity disorder, obsessive compulsive disorder and post-traumatic stress disorder, she believes he is still competent to move ahead to trial. She said she thought he exaggerated his symptoms with a goal of being declared incompetent and being sent to a mental health hospital instead of proceeding to trial with the possibility of being found guilty and sent to prison.

Prosecutors have said he summoned law enforcement to the apartment complex that morning at 2:18 a.m. for a report of fireworks or gunshots in the area. When the first officer arrived, Weiland began firing shots out the window from his apartment on the third floor, striking that officer in the chest with a rifle. Two others were later injured, including one resident who left the building because he was concerned about his vehicle, and a second, who lived across the street and left in his car to drive to work.

Aiken, who was hired by the state for the evaluation, said Weiland was able to hold a rational and logical conversation with her during her evaluation surrounding his upbringing and his medical, social and educational history. However, she said when she brought up matters related to the court case or his understanding of court procedures, he would not be cooperative when answering the questions.

“He was clearly able to discuss things with me, he just didn’t want to,” Aiken said.

Aiken said she met with Weiland two times — first in the Freeborn County jail in August 2021 and the second time in January 2022. She also considered reports from two other doctors in her evaluation, as well as psychological testing.

Their first interview was two hours and 15 minutes, in which he presented as “a little awkward,” with poor eye contact, though he was cooperative to start the interview, she said.

The psychologist said he gave extensive information about his upbringing and discussed his relationship with his grandfather in detail, who served as his protector. He talked about school, even offering first and last names of teachers, and describing an individualized education plan meeting where he got upset and left. He dropped out of school in 10th grade and did not earn his GED.

He also discussed his employment and friends he believed were not treating him right and who made him feel worse about himself. She said he did not have gaps in memory, problems organizing his thoughts or problems in giving information in chronological order.

While Weiland had symptoms of Asperger’s, such as difficulty communicating and poor eye contact, those did not lead him to being incompetent, she said.

The psychologist said Weiland reported symptoms of psychosis, but none of the same behavior was observed by others. She also noted his IQ — of 82 — was in the “low average” category but does not in itself indicate being incompetent.

She said in the two tests she performed, as well as the three other tests performed by the two other doctors she reviewed, all five tests suggested exaggerated psychopathology or consistently over-reporting symptoms.

“I believe this is an individual who is highly motivated,” Aiken said, noting she believes in Weiland’s mind he is exaggerating his symptoms with a goal of being declared incompetent.

Aiken said someone typically who is experiencing psychotic behavior engages in bizarre behavior, including things such as screaming, hearing voices and going to extreme measures to try and cover those voices. She said Weiland is not documented as doing these things. She also said Weiland said he wanted help but when medication or meeting with health professionals was offered, he did not take the help.

She noted there was record of Weiland being given an antipsychotic drug at one point, but noted the reason was not clear and referenced the medication can sometimes be given for other reasons.

She also noted she thought he was simply “unwilling” to discuss his case with his attorneys, but not unable.

In her second meeting with Weiland on Jan. 3, Aiken said her visit was similar to the first one. Weiland was reportedly answering questions but as soon as she started asking court-related questions, he said he was not interested. But when they began talking about something else, he was engaged again.

She said jail logs showed substantially less entries and indicated he had improved.

When cross-examined by the public defender’s office, Aiken acknowledged that just because someone is malingering does not always mean they are competent.

She said she did not review all of the medical records from his past and relied solely on reports of two doctors who evaluated him since the incident and jail records. Aiken said though the other records could have been helpful, she was confident in her evaluation and said competency looks at a person’s current state.

Assistant County Attorney Abigail Lambert said in her closing arguments that being unwilling to participate in his defense does not mean Weiland is unable.

“He is sticking his head in the sand,” she said.

‘I don’t think anyone knows’

Psychologist George Komaridis, who was the original court-ordered evaluator in the case, said he reviewed as many records he could get, including school records, academic achievements and intellectual competencies from his developmental years, along with police and court records from the incident, and the evaluation report of Aiken and another doctor who conducted a neuropsychological evaluation.

He said it is his view that the most important information comes from interviewing and learning about a person’s difficulties or inhibitors.

Opposite of Aiken’s opinion, Komaridis said he thought Weiland lived unsuccessfully as an independent adult — he wasn’t able to hold a job, was supported by his father and was not able to maintain positive relationships.

He said Weiland started having problems that were documented as young as preschool and elementary school and received special education services. He had trouble getting along with his peers and acted out.

Komaridis said Weiland was able to talk to him about factors in his developmental history but when it came time to go into his discussion about court proceedings, it became more difficult. He said Weiland at times said he just didn’t understand and referenced previous court dealings he could not understand.

The doctor said though he was not able to complete a thorough examination, he got a good impression of Weiland. He noted deficiencies in understanding court proceedings and said when a person has deficits in cognitive abilities that can interfere with the proceedings.

The two main factors to consider with competency are if the defendant is rationally able to consult with his legal counsel and participate in his defense and if he is mentally ill or deficient to be incapable of understanding the proceedings.

“Whether he has the ability or not, he has not been doing it,” Komaridis said. He said he thinks there is a big question that needs to be raised about Weiland’s true level of competency and said he didn’t have enough evidence to make a conclusion.

His recommendation was that Weiland be studied and observed more in-depth and for a longer period through a competency program with the state.

When asked if Weiland was competent, Komaridis said, “I don’t think anyone knows.”

Komaridis said he looked at Weiland as a man who has had problems in his life and who realizes that what he had done would change the rest of his life. The doctor said there is a tendency for people to minimize or deny to protect themselves, which can sometimes be called malingering. But even though he may be malingering, it still has not been determined if he is competent.

Komaridis said he thinks Weiland understands he faces dire consequences with the case and fears much more the idea of being sent to prison over a hospital.

The doctor said he believed Weiland was acting the way he is to protect himself, calling it a “survivalist choice.”

He referenced how Weiland was seated in the courtroom with his head down and said it is almost like he has accepted what is going to happen and is defeated, instead of fighting for his rights or situation. Defense counsel has also said Weiland refuses to engage in their conversations about the proceedings.

“He’s responding in a way that’s not beneficial to him,” Komaridis said.

He noted though Weiland did not meet the criteria to be diagnosed with schizophrenia, he diagnosed him with a personality disorder that involved paranoia.

“I think this is a life-changing decision here,” Schwab said.