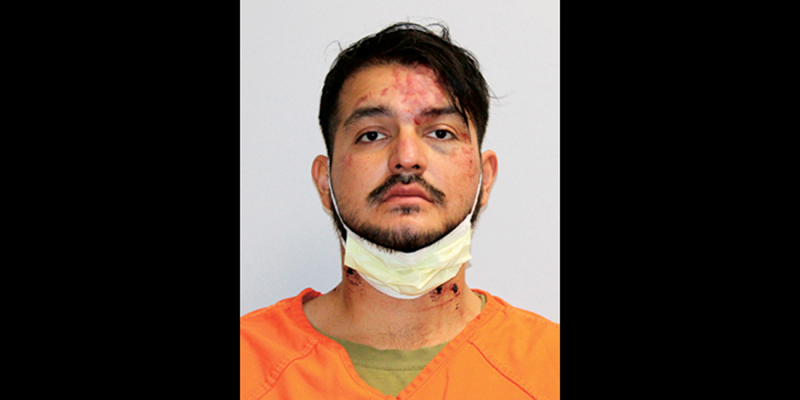 A man charged with the stabbing death of a teenage boy late in 2020 has been sentenced to over 31 years in prison on two counts of murder.

He was given credit for 394 days served on the first charge.

The sentences, handed down by Judge Christa M. Daily, are to run consecutively.

Vaca initially pleaded not guilty to three counts of murder and one count of first degree assault on Dec. 28, 2020, but nearly a year later, on Nov. 19, 2021, he amended his plea to guilty on the two counts of murder.

Police were dispatched to a home in the 800 block of Third Avenue NW just before 9 a.m. on Tuesday, Dec. 15, on a report that a male was stabbing people in the house.

When police arrived they found a woman lying on the front yard, bleeding profusely from a stab wound to her neck. As police worked on her, she was able to tell them that the suspect, later identified as Vaca, was still in the house and had stabbed her son.

Officers found the boy on a couch in the house, covered with blood and struggling to breath. The boy was evacuated from the house and eventually flown by helicopter to St. Marys Hospital in Rochester, where he died of his wounds.

The mother was also flown to St. Marys where she underwent extensive surgery.

During a search of the residence, police found five juveniles hiding upstairs and they had indicated that Vaca was the attacker.

It was discovered that the woman and Vaca had been fighting in their bedroom. One of the juveniles ran to get help from the teen victim, who kicked the door down to find Vaca on top of his mother choking her.

Vaca then grabbed a knife and the fight moved to a living room where despite the mother’s plea to not hurt her son, Vaca stabbed the teen.

When questioned by police later, Vaca admitted that he had choked the mother, saying that he “blacked-out.” He also said that he planned to take his own life.

However, despite claiming to have “blacked-out,” Vaca was able to describe that the knife was open and he thought he stabbed the female victim in the neck.

Finally, a detective told Vaca that the teen had died, to which he replied, “I’m a murder,” before putting his head down.