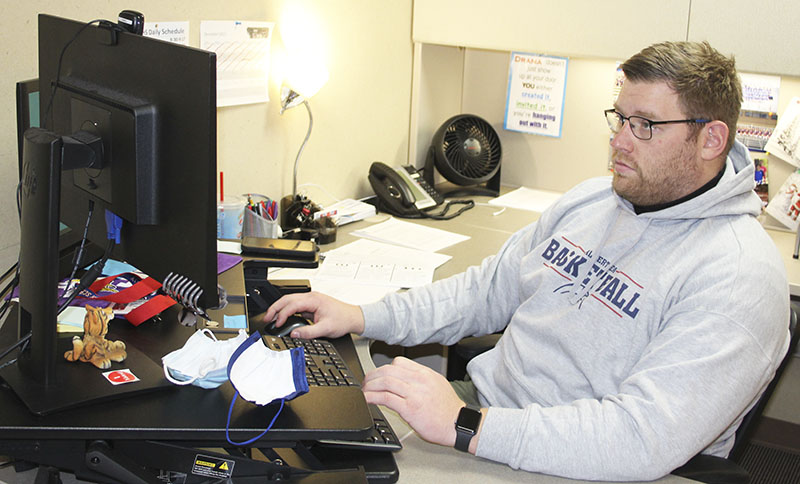 Richard John Polley, 32, was charged with third-degree criminal sexual conduct, including penetration, of a student under 18. The charge involves a defendant in a prohibited occupational relationship with the victim.

Lambert said the alleged acts are so concerning that the Minnesota state sentencing guidelines for Polley’s charge include a presumptive commitment to prison for between 41 and 57 months if he is found guilty, even if he does not have a criminal history.

“This is an extremely concerning situation,” Lambert said. “Parents and the public need to feel that their children are being sent to a safe environment.”

Court documents state officers were made aware of the allegations on Wednesday and conducted a forensic interview with the victim that day.

The victim told police initially she went to Polley at school to talk if something was bothering her or to make changes in her schedule, and in late December he accepted her request to add him as a Snapchat friend. She stated Polley had said he didn’t think it was a great idea to have her on Snapchat but didn’t delete her, and the two began talking more on the app.

The criminal sexual conduct allegedly occurred on Saturday after Polley had been drinking at a local bar by himself. He reportedly told the victim, who was staying at a friend’s house, to stop by his house and say hi.

Freeborn County District Court Steven Schwab agreed with Lambert’s recommendations and set Polley’s bail at $200,000 without conditions and $100,000 with conditions. Conditions included not having contact with the alleged victim or anyone under 18 in a supervised or unsupervised setting. He is also not allowed to enter any school property in Freeborn County or be in bars or liquor stores, among other conditions.

The judge approved a domestic abuse no contact order, which would give Polley a new criminal charge if he tries to contact the victim.

Polley’s charge carries a maximum sentence of 15 years in prison and a $30,000 fine.

The Albert Lea school district issued a statement on its website that Polley has been placed on paid administrative leave pending the outcome of an investigation. His coaching duties have been assumed by an assistant until further notice.