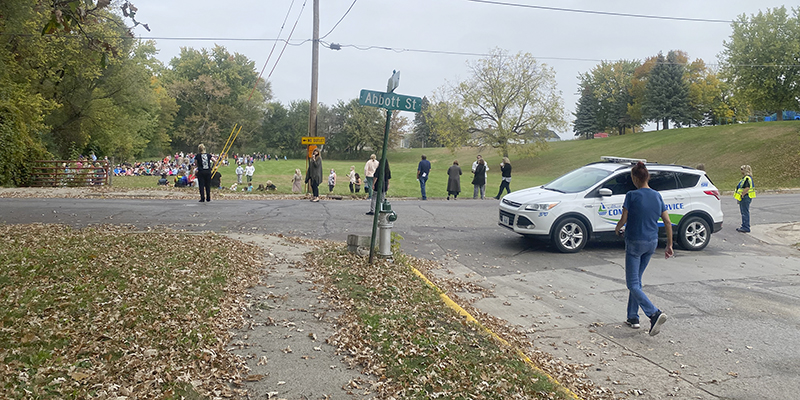 Albert Lea police say a man called in a bomb threat at Lakeview Elementary School Thursday morning to lead authorities away as they surrounded a house to arrest him on an unrelated matter.

Anthony Jerome Woodraska was charged in Freeborn County District Court on Friday with one felony count of communicating to another that an explosive device is present tied to the threat, which led to the evacuation of staff and students.

Police had tried to apprehend Woodraska, 33, of Walters, about 35 minutes before the bomb threat was made on theft charges and a warrant from another county.

Police stated they had determined Woodraska was in a residence in the 800 block of South Third Avenue and had gone to the house at about 10:41 a.m.

Woodraska reportedly barricaded himself in the residence and was refusing officers’ requests to come out of the house.

As officers continued to negotiate with Woodraska, the Lakeview Elementary School office received a call at 11:10 a.m. of a bomb in the building, and staff and students were immediately evacuated down the hill west of the school to Abbott Field, as police investigated.

Court documents filed Friday state the secretary at Lakeview told police she remembered seeing the name “Anthony” on the caller ID on the phone. The school resource officer was aware that at the same time officers were negotiating with Woodraska to come out of the house while officers attempted to arrest him on multiple warrants.

About 10 minutes later, police stated negotiations with Woodraska were successful, and he was arrested.

He reportedly admitted to a detective that he called in the bomb threat in hopes of diverting officers from his arrest to respond to the school, giving him the opportunity to evade them, court documents stated.

Woodraska was taken to the Freeborn County jail and booked in on the warrant and charges related to the theft and bomb threat.

Students and staff remaining at the school went back inside the building after being given the all-clear from authorities.

The charge carries a maximum sentence of three years in prison and a $3,000 fine.