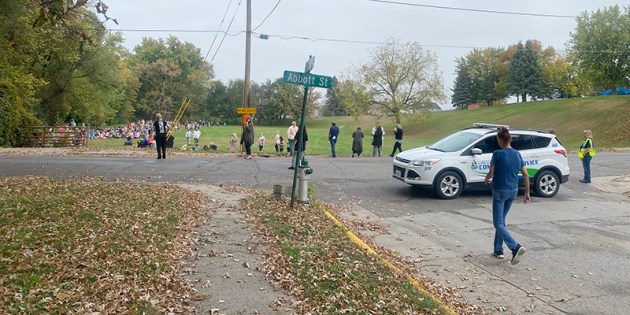 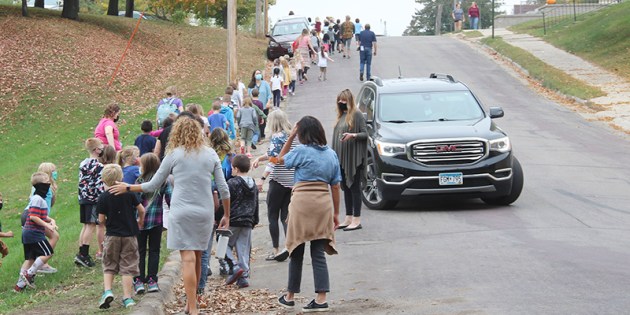 Lakeview Elementary School students and staff walk back up the hill on Abbott Street to go back to the school after being evacuated following a bomb threat Thursday morning. Sarah Stultz/Albert Lea Tribune 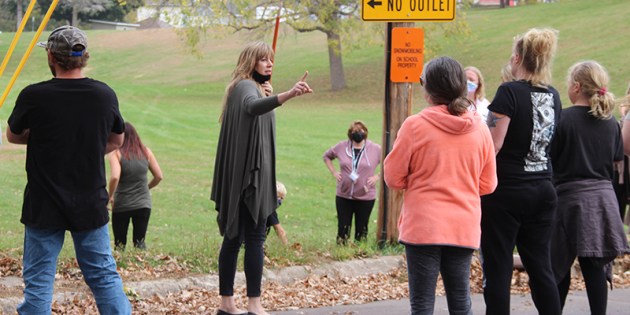 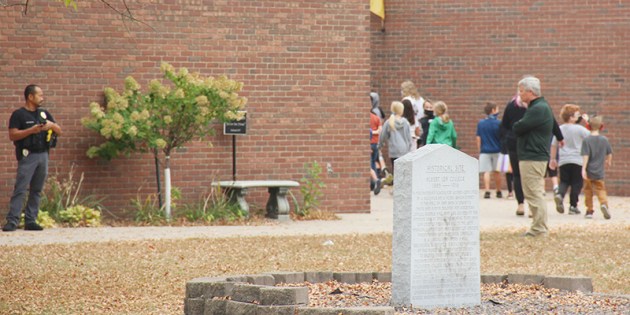 Superintendent Mike Funk, right, and Albert Lea police officers could be seen in front of the school as children and staff went back inside the school. Sarah Stultz/Albert Lea Tribune

Albert Lea police have arrested a man who allegedly made a bomb threat at Lakeview Elementary School Thursday morning.

Police had tried to apprehend Anthony Jerome Woodraska, 33, of Walters, about 35 minutes before the threat was made on unrelated theft charges and a warrant from another county.

A press release from the Albert Lea Police Department stated police had determined Woodraska was in a residence in the 800 block of South Third Avenue and had come to the house at about 10:41 a.m.

Woodraska reportedly barricaded himself in the residence and was refusing officers’ requests to come out of the house.

As officers continued to negotiate with Woodraska, the Lakeview Elementary School office received a call at 11:15 a.m. of a bomb in the building.

Staff and students were immediately evacuated down the hill west of the school to Abbott Field, as police investigated the threat.

About 10 minutes later, negotiations with Woodraska were successful, and he was taken into custody.

He soon after admitted that he called in the bomb threat in hopes that police would leave, the release stated.

Students and staff remaining at the school went back inside the building after given the all-clear from authorities.

Woodraska was taken to the Freeborn County jail and booked in on the warrant and charges related to the theft and bomb threat.

Check back to www.albertleatribune.com as more information becomes available.