KSMQ facility to be monument to cooperation 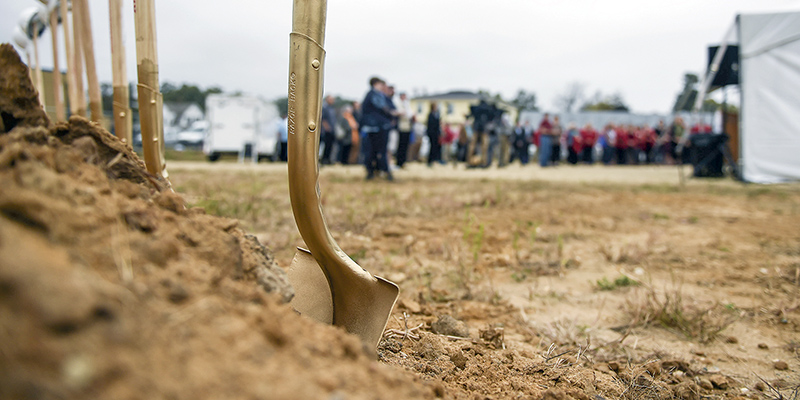 Shovels stick out from the ground during groundbreaking ceremonies Thursday morning at what wil be KSMQ’s new downtown facility. Eric Johnson/photodesk@austindailyherald.com

It’s been a long time in coming, but on Thursday KSMQ finally put shovels in dirt during a groundbreaking ceremony for the new KSMQ facility at 107 East Oakland Ave.

As construction gets rolling at the site, officials are targeting a 2022 date for full operation of what is being called The Broadcast Center.

This will shift KSMQ operations from its current home at Riverland Community College’s East Building to the heart of Austin.

But in the end, a number of voices from local to state leaders came together to ensure that KSMQ had a vibrant future that followed a vision put down by President Eric Olson.

Mayor Steve King pointed out that there might have been cheaper places to build the facility, but the impact wouldn’t be as great.

This project should be heralded as what can happen when minds have a common direction and a common purpose.

Locally, leaders were able to find a common ground as to where KSMQ might be located, while at the state level Republicans and Democrats came together to ensure that financing made it through for this very important project.

In the end, KSMQ’s vision is good for Austin and the move to its new location will benefit all who live in our area.