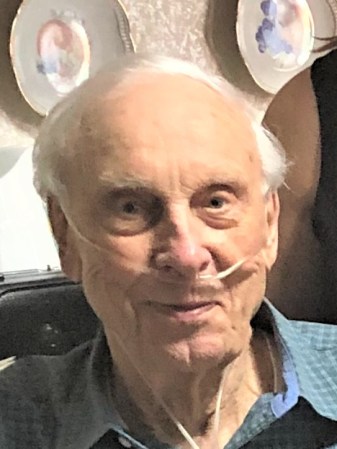 Leonard W. Westin, 91, a longtime Sargeant, MN area farmer, died on Wednesday (September 22, 2021) of natural causes, at his home, with his loving family by his side.

Leonard Warren Westin was born on June 6, 1930 in Hayfield, MN to Edward and Edith(Anderson) Westin. He grew up on the family farm and attended rural schools and Hayfield schools, graduating from Hayfield H.S. in 1948. He served in the US Air Force for 2 years. Following his discharge he returned to his home in Minnesota. Leonard was married on March 12, 1954 in Kasson, MN to Vivien Louks. Following their marriage the couple moved to the Westin Family Farm where they raised their children, farmed for many years and have continued to make their home for over 65 years. Leonard was a lifelong farmer and Vivien was a farmwife and homemaker. Leonard was a baptized and confirmed member of Evanger Lutheran Church in Sargent, where he and Vivien volunteered in many ways for many years. He and Vivien enjoyed traveling in their retirement years including a trip to Leonard’s homeland in Sweden. He was an avid golfer and league bowler, followed Mn sports teams and sports in general. He enjoyed visiting with friends and neighbors and loved time spent with family, especially his grandchildren and great grandchildren.

A Celebration of Life will be held at Evanger Lutheran Church in Sargeant, MN on Monday, September 27, 2021 at 1:00 pm. with Vicar Jackie Short officiating. Burial will follow in the church cemetery. Arrangements are with Griffin-Gray F.H. in Stewartville. Condolences and memories of Leonard are welcome at www.griffin-gray.com.