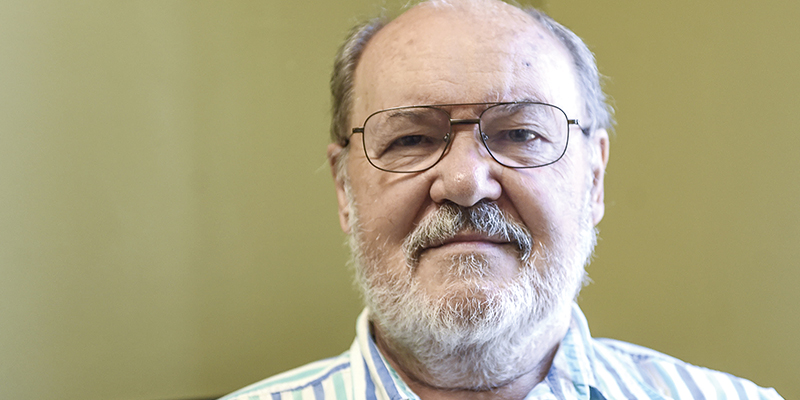 A local research lab founded by a former Hormel Institute scientist has found a potential breakthrough in treating a condition that is an effect of cancer and plays a major part in many deaths.

Dr. Zoltan Kiss, chief science officer and founder of Zoltan Laboratories in Austin, has found a link between Placental Alkaline Phosphatase (PLAP), a protein found in the placenta that seems to prevent the development of cachexia, a condition that causes extreme loss in weight and muscle mass in late-stage cancer patients.

If left untreated, the effects of cachexia can cause a loss of energy in fighting off cancer which advances the cachexia in a vicious cycle.

“Thirty to 40% actually die of cachexia because they cannot do treatment,” Kiss said. “People with cachexia can’t take a sufficient amount of drugs.”

The problem lies in early detection, because when cachexia sets in, it can limit cancer treatment options and, currently, it is difficult to tell who is susceptible to the condition.

“The treatment needs to be started very early with cancer treatment,” Kiss said. “Only this way can cachexia be treated.”

Kiss came to the Institute from the National Cancer Institute in 1990 and eventually left in 2004. However, he was already working to bring together investors for his studies.

Five years ago, Kiss discovered two blood components through animal testing with transplanted human tumors that showed early on in cancer development and coinciding with cachexia –at the point of reduction in muscle proteins, but before any obvious changes in body weight.

Kiss also discovered that when PLAP is used early, it prevents the loss of muscle proteins and loss of body weight.

Kiss has also seen the possibility to help reduce the damage to bone marrow and cut in half the time needed to replenish after treatment as well as normalizing high triglycerides which is a risk in cardiovascular diseases.

Now Zoltan Laboratories is ready to begin phase one trials, which the Food and Drug Administration requires to test for possible toxicity. Kiss said they are hoping to begin September or October of this year and estimates between one and two years.

Zoltan labs has teamed with a biotech firm in Minnesota who have produced the protein, which they have been developing for four years.

Should phase one trials see success, then they can look to move on to phase two trials, which includes testing on humans. Kiss is hopeful the process, which could take another four years, could deal a blow to cancer.

“It all depends on how good the data is,” Kiss said. “So far it works.”