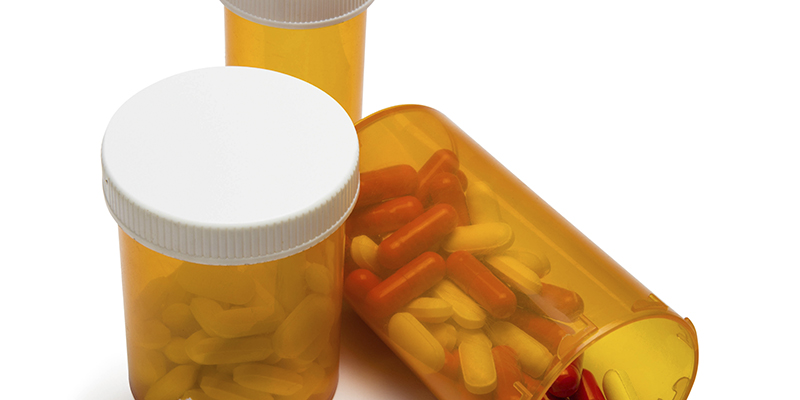 In 2017, Health and Human Services declared a public health emergency in the face of an opioid crisis that had gripped and continues to grip the nation.

At the same time the agency announced a five-point strategy to combat the crisis in order to cut down on the mountain of opioid addiction related cases and deaths.

According to numbers from the Centers for Disease Control, from 1999-2019, nearly 500,000 people died from an overdose involving an opioid, including prescription and illicit opioids.

Earlier this July, it was reported that Minnesota saw a 20% rise in drug overdoses from last year resulting in 1,286 deaths. A majority of those were caused by synthetic opioids like fentanyl, which saw a 32% increase of fatal overdoses compared to 2020.

“The increase in drug overdose deaths is alarming, but there are things we can do about it,” said Minnesota Commissioner of Health Jan Malcolm in an Associated Press story.

One such program that has been taking steps to try and abbreviate the steep climb in deaths and addictions was established by Mayo Clinic in 2016.

The goal of the Opioid Stewardship Project (OSP) was to take a look at how opioids, including such drugs as Oxycodone, are prescribed internally and formulate steps to decrease how much they are used.

The program also looks at treatment options through Fountain Centers, based at Mayo Clinic Health Systems-Albert Lea in order to identify addictions and try to reverse their harmful effects before it’s too late.

“It is specifically targeted for primary care providers that represent most of the opioids prescribed in the country,” said Benjamin Lai, assistant medical director of OSP. “The goal was to do a survey, almost like taking the temperature at Mayo Clinic.”

The program developed guidelines when it comes to prescribing opioids in treatments, including:

• Screening patients for substance use disorder;

• Discouraging providers from a rapid taper off opioids;

These guidelines extend outward from Mayo and throughout the entire health care system, including Austin and Albert Lea.

“We’re now more in the implementation phase of how we go about changing prescription practices,” Lai said.

Lai said that in certain areas of the system, some specialties have been able to decrease opioid prescriptions by 50% since 2016.

This mirrors a statewide decrease in opioids dispensed since 2015, when nearly four million had been prescribed. Since then, according to data from the Minnesota PMP 2020 Annual Report, opioid prescriptions fell to just over two million prescriptions in 2020.

Reaching that decrease, however, was just one challenge. The other was getting the education out into not only the hands of the community, but providers as well.

“One of the other challenges was providing the level of education needed and support of our providers,” Lai said. “Not everybody is well attuned to how to assess things like opioids.”

Another challenge was how to slowly back off the use of opioids in patients who were showing addiction tendencies or who were addicted rather than a rapid taper that could result in pushing patients to the streets in search of illicit opioids, many of which are laced with fentanyl and provide another risk entirely.

“Many times it’s not the patient’s fault,” Lai said. “This all started with us, clinicians. Guidelines changed repeatedly. It’s a pendulum that swings repeatedly. Many of our patients have been on these opioids for years. One of the consequences was not abandoning our patients.”

OSP looks at long tapers in a safe manner as well as education and finding other ways of managing pain rather than simply putting more opioids in the hands of patients.

“Behavioral health,” Lai continued. “We know pain can cause a lot of emotional side effects. A lot of the time there is an underlying behavioral health question that can exacerbate a person’s pain.”

To make this more effective, Mayo established the program along a wide stretch of professionals in the system involving not only clinicians and providers, but nurses and drug treatment facilities like Fountain Centers.

Like most treatment centers, Fountain Centers has been at the forefront of the crisis as they see the extended consequences day in and day out.

Medical Director for Fountain Centers and Chair for Addiction Medicines at Mayo Tyler Oesterle, said that unfortunately the number of users isn’t declining.

“Unfortunately, things in Minnesota are slowly progressing and have gotten worse in the last couple years,” Oesterle said. “We could probably speculate why it got worse in the pandemic.”

For many, the COVID-19 pandemic provided a worse-case scenario for opioid addiction. Long periods of isolation and lack of treatment options that resulted from the isolation we’re contributing factors.

“We knew opioid use could get significantly worse in the pandemic,” Oesterle said. “It has led to a significant rise in deaths, almost doubling in a two-year period.”

At the same time Oesterle cautions that cases including death are only a part of the greater number of opioid addiction cases.

In some ways it’s been a double-edged sword for Fountain Centers and serves only to highlight just how tricky the opioid crisis is to navigate. While institutions like Mayo have successfully been able to decrease prescriptions, many of those with addictions have turned to drugs like heroin and methamphetamines.

In turn, the threat to consuming the highly addictive fentanyl is introduced more and more.

“Most concerning is the fentanyl that is lacing almost everything,” Oesterle said. “Those who use meth, ecstasy and heroin have fentanyl in their urine.”

The team approach utilized by Mayo and the OSP is becoming more important and it’s something that Oesterle is seeing in the results.

“I think what it leads to is better communication with prescribers,” he said. “They’ve been more aware of the problems of opioid use disorder. There’s more awareness. When they have a patient really struggling, there is more awareness.”

For Fountain Centers it’s being able to sustain sobriety in patients and reducing burdens on the community.

“It’s the idea that physicians in the community are aware this is a problem and we are better able to protect or provide a little more structure for prescribing opioids,” Oesterle said.

Mayo’s OPS has also created a general change of attitudes among physicians in how pain management is approached.

The awareness OPS was meant to create has lessened stresses somewhat on treatment.

“I’ve definitely seen a positive change in the way my family medicine colleagues think about opioids and think about opioid use disorder,” Oesterle said. “The amount of education — what they can do and what they can’t do, appropriate practices and what is opioid use disorder … that has changed significantly. It’s night and day from quite a few years ago.”

Even with improvement, there will be required vigilance. The fact is opioids aren’t going away. They remain an important tool in regard to pain management in a variety areas including cancer patients, post surgery and end of life pain.

The key, which the OPS helps facilitate, is finding balance.

“The tricky part is that in-between time,” Lai said. “When the normal healing process has taken place, but the patient continues to report pain and continues on opioids. We know that in the longer term in those patients the risks would be much greater.”

“It’s part of the challenge,” he  continued. “This is a fine balance. We want to address a patient’s legitimate pain but at the same time, the patient always comes first.”