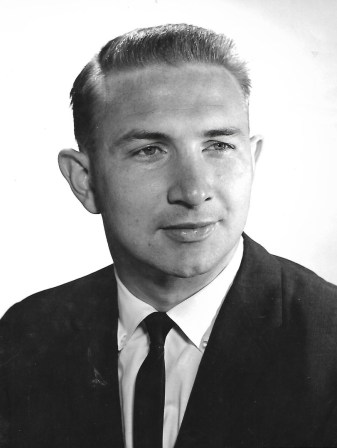 Bob attended schools in Minnesota and Iowa, including the University of Iowa. Bob married Dorothy Jane Hynden in 1953 in Cedar Rapids, Iowa. They and their three children – Karen, Robert and Richard traveled to Air Force bases in the U.S. during Bob’s service as an Air Force fighter pilot. After Bob received his PhD, specializing in Aviation Psychology, from Purdue University, the family moved to Southern California in the early 1960’s where he worked for Hughes Aircraft in their human factors engineering program.

Love of flying soon led Bob to a career as a commercial airline pilot, working as a Captain for American Airlines until he retired in 1987. Bob continued to be active in the field of human factors and flight crew performance improvement in the aviation industry as a lecturer, accident investigator and consultant.

In 1973 Bob married Nancy Irene Witcher in Long Beach, California. They enjoyed traveling worldwide for Bob’s work, to see new sights, and to be with family and friends. They relocated to Dallas in the early 1990’s. Bob and Nancy were married for almost 46 years. Nancy Besco passed away on April 5, 2019 in the nursing home where they lived the last years of their lives.

Bob was also preceded in death by his parents, Robert H. Besco and Grace Bakken, his brother Jim Besco, his son Richard Besco, and his first wife Dorothy Jane Besco. Bob is survived by his children, Karen Williams and Robert J. Besco, Bob’s brother Larry Bakken and Bob’s granddaughters Jessica Baldeschwiler and Mariah Williams. Bob will be remembered for many things he accomplished in life, but particularly for his sense of humor.

Bob’s remains will be cremated. No services are planned at this time. Memorial donations can be made to the Alzheimer’s Association (alz.org).