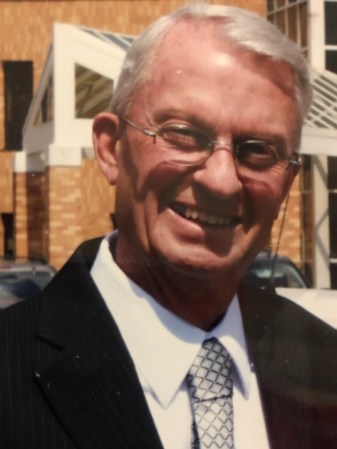 On Friday, February 12, 2021, Robert (Bob) Allen Justice, loving husband, father and grandfather, passed away in Surprise, AZ at the age of 82.

Bob was born on January 28, 1939 in Austin, MN to Raymond and Hazel (Baumgartner) Justice. He graduated from Austin High School in 1957. Bob joined the Hormel Foods Corporation in Austin, MN in 1957 where he worked for 38 years. In 1960 he joined the U.S. Army. Upon returning home in 1963, he met and married Sharon Fossey, the love of his life. They were married for 58 years and raised 2 children; Steve Justice of Austin, MN and Pam (Justice) Gilliland of Dodge Center, MN.

Bob loved spending time at the cabin with his family and fishing on Beaver Dam Lake in Cumberland, WI. Bob was an avid sports fan while cheering on his children, grandchildren and the MN Gophers. He and Sharon spent their quality time traveling to many countries. The last 15 years were spent enjoying time at their home in Surprise, AZ with extended family.

Bob would love to bend your ear about the Austin High School boy’s basketball teams of 1981 and ‘82 in which the Packers made their way to the State Boys Basketball Tournament. He enjoyed the last few years as he followed his 3 granddaughters and the love of the game, as they finished out their high school years on the court. He was well-known in the gyms as he cheered on all of his grandchildren.

A celebration of life was held in his honor by his family in Surprise, AZ. A funeral service will be held at a later date in Austin, MN. In lieu of flowers, memorials will be used to establish the Austin High School Robert Justice Memorial or to an organization of one’s choosing. Sharon Justice, 14950 West Mountain View Blvd # 1105, Surprise, AZ 85374.