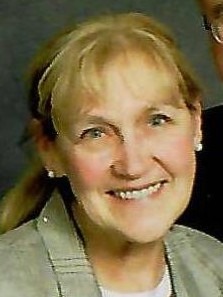 Born Barbara Ann Olson, daughter of Spencer and Evelyn Olson, Barb was born in Chicago, Illinois, in 1946. She graduated from Morgan Park High School in 1965. During her high school years she was on the Teen Board for Marshall Field and modeled for Carson Pirie Scott.

Barb liked to travel and moved to London for six months from which she adventured to the continent before returning to school at St. Cloud and then Austin Community College. It was here she met and married Willian Orcutt in 1972. Two sons, Benjamin and Alexander, were born of this union.

Barb was a beautiful woman who was gracious and welcoming to all. In 1978, she was hired at Austin Community College, now Riverland, as Director of the College Center. After receiving her Master’s Degree in Counseling from Winona University, she worked at Riverland as an Academic Counselor. After retiring in 2006 she became a member of PEO, the Floral Club and the Austin Area Commission of the Arts. She was a member of the Westminster Presbyterian Church, Austin, Minnesota.

A gifted artist, she was mentored by her great friend, James Wegner, of Austin. Active in Austin Area Commission of the Arts, she had several exhibits of her work and sold many pieces. She was a Blue Ribbon winner at the Mower County Fair on several occasions. Her paper mobile was shown at a Minneapolis Gallery. An avid reader, she especially enjoyed biographies of artists and art history.

Barbara toured Sanoma Valley California and the East Coast on organized bike tours with her special friend, Carol Gavin, of Rochester. Barb and Bill also joined a Couples Bike Club for a weekend trip each year.

After raising two boys, perhaps her greatest joy was found in her two granddaughters, Lily and Layla. She was always buying little treats she thought they would enjoy, and eagerly encouraged their artistic endeavors. She followed everything they did and encouraged them, especially as they entered their teenage years.

In 2017 Barb traveled throughout Italy with friends from Rochester. In June 2019 she traveled with her friend, Carmen Tribbett, to Switzerland, and then by a Viking Cruise Ship down the Rhine River visiting cities in France and Germany.

Barb was very close to her siblings, flying to California for reunions with her family, and frequently keeping in touch by telephone. Family was always especially important to her.

No funeral or visitations plans are being made for this period of isolation.

Memorial gifts may be sent to the Austin Area Commission of the Arts.