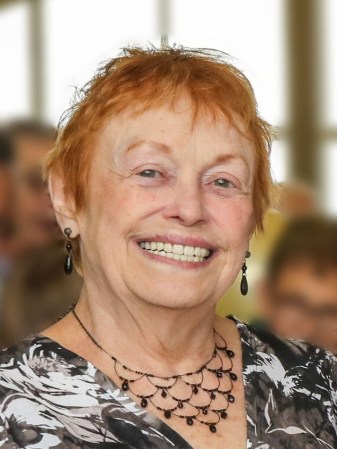 Sharon Kay Smith, 81, of Chattanooga passed away Saturday morning, December 19, 2020 at her home.

Born July 17, 1939 to the late Clarence and Susie Fisk, Sharon grew up in Taopi, Minnesota and graduated in 1957 from Adams, Minnesota where she was a cheerleader.

After gradation she moved to Manhattan, New York and was a reservation specialist for Northwest Airlines later transferring to Milwaukee (she wanted to be an airline stewardess, however the airlines had restrictions that stewardesses couldn’t wear glasses). She also worked in customer service for JC Penney’s and RCA for many years.

After her marriage to her husband Don her adventures began as she raised 4 children, and enjoyed traveling across the country and the world.

She enjoyed her lunches with her friends and attending the Red Hats meetings.

In addition to her parents, she was preceded in death by her siblings, Loren (Delores) Fisk, Bunny (Eddie) Dobda and Ellen (Kermit) Oldre.

A memorial mass will be held at Basilica of Saints Peter and Paul Catholic Church.

A memorial mass in Minnesota will be held at a later date.

Condolences may be sent to the Smith Family at www.heritagechattanooga.com