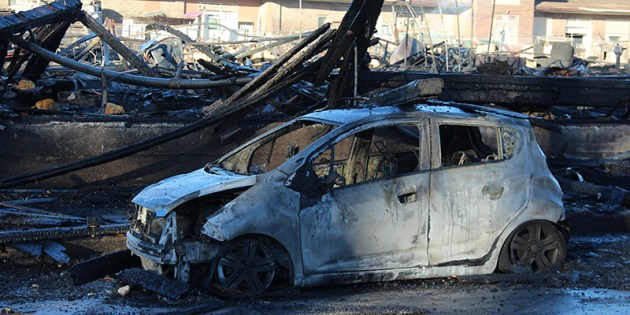 A vehicle owned by one of the renters across the street from the fire was completely destroyed by the blaze. Sarah Stultz/Albert Lea Tribune 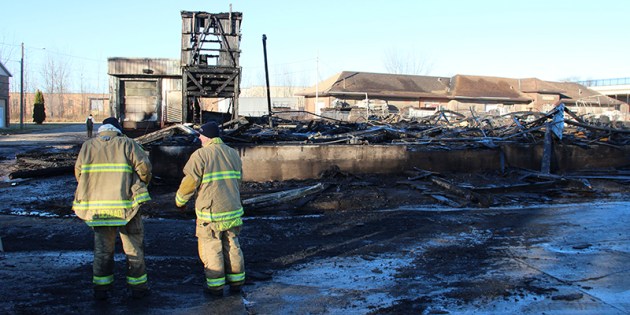 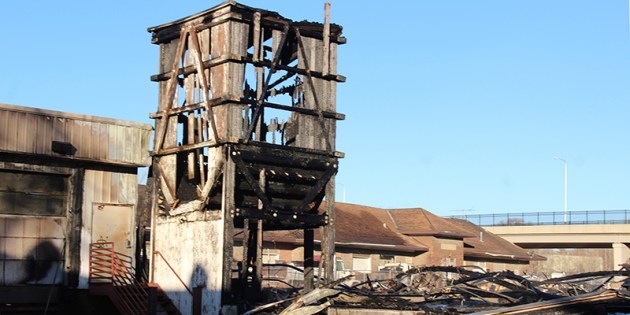 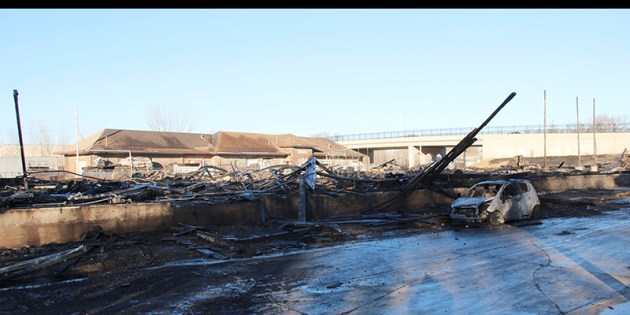 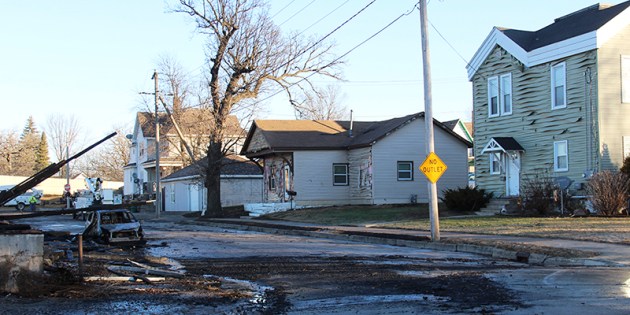 Rental properties across Adams Avenue were damaged from the heat of the blaze. Sarah Stultz/Albert Lea Tribune 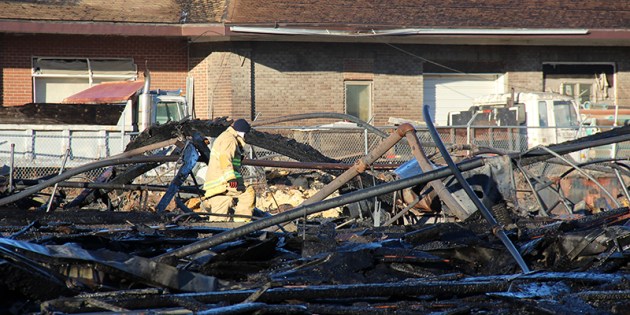 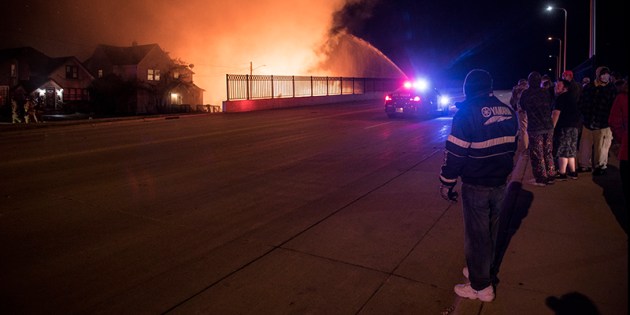 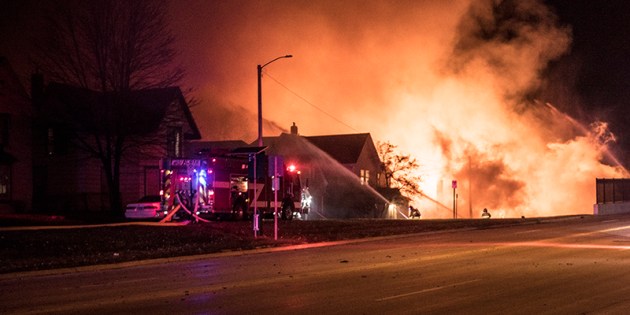 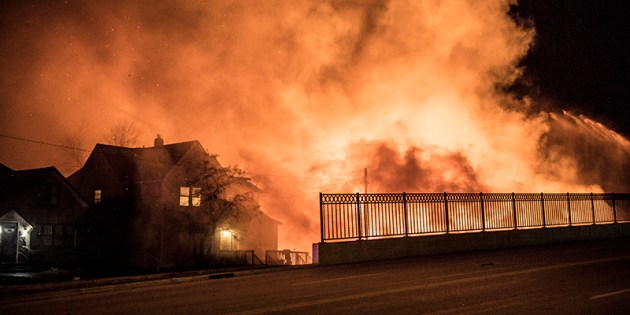 The fire, at 601 W. Main St., led to the evacuation of 13 homes nearby because of heavy smoke. The siding on homes directly across Adams Avenue from the warehouse was badly damaged from the heat of the fire, and members of the city’s inspections department were slated to check out some of the nearby rental properties to assess other damage, said Albert Lea Director of Public Safety J.D. Carlson.

Carlson said though the official cause has not been determined, the fire is suspicious in nature because there was no electricity to the building, and the police department was frequently called there for reports of homeless people seeking shelter at the building.

According to the fire department, an Albert Lea police officer was on patrol in the area at about 8:21 p.m. Thursday when the officer reported smoke coming from the building.

Firefighters were dispatched and arrived to find heavy smoke coming from all areas of the building. The fire quickly breached the roof and engulfed the building in fire.

The department stated Glenville and Austin fire departments were requested for assistance with aerial ladders, and law enforcement assisted with evacuating residents from homes directly to the east of the building.

At one point during the night, Carlson said, there were 19 people displaced because of the fire at a shelter set up by Freeborn County Emergency Management at United Methodist Church. The American Red Cross and Salvation Army later assisted with hotel rooms overnight.

Fire crews worked to extinguish burning embers falling on the homes to the east and remained at the fire for about 10 hours extinguishing the blaze and working to find hot spots.

Authorities continue to advise people to stay out of the area and to not cross into the secured area.

Derek Warrington of Albert Lea, who owns several properties in the neighborhood through Warrington Properties LLC, said he was in Austin Thursday night at a separate fire at one of his rental properties there when he received a call from his wife after 8 p.m. telling him about the fire in Albert Lea.

“She was frantic,” he said. “I was calmer, but I didn’t know what to expect.”

He said he saw the glow from the fire when he was coming into town from Austin.

Two of their properties on Adams Avenue, directly across from where the warehouse stood, sustained major siding damage, and one of his renter’s cars, parked next to the curb on the side of the street of the warehouse, was a total loss. Warrington said his renter only had liability insurance.

Last year, another one of his rental properties around the corner on College Street had a tree fall through the roof during a storm, and they had to rebuild from that. Now, he’s worried about having to submit three insurance claims from the same day.

He said it was too soon to tell about the damage on the inside of the houses, and suspected if there is heavy smoke damage, he will likely need to find somewhere else for his tenants to live.

The warehouse destroyed in the fire is owned by Merrick’s of Minnesota LLC, according to Freeborn County property records. Damage was estimated at $300,000.

The building originated in the late 1930s as RILCO Laminated Products Inc. adjacent to the former Minneapolis and St. Louis Railroad, according to “Freeborn County Heritage,” published in 1988. It manufactured thousands of glued laminated arches, bow-string trusses and solid timber roof trusses for factories, hangars, warehouses and other buildings for the armed services and war industries.

Over time, the company expanded into a new plant along West Ninth Street, and in 1960 was purchased by Weyerhauser Co. of Tacoma, Washington. Alamco Wood Products Inc. was incorporated in 1982, shortly after the announced closing of the Wyerhauser facility.

The West Main Street facility was also used for storage for Freeborn Foods.