Man gets probation for soliciting detective posing as minor

Shadow Hawk Mallan, 24, of Austin was sentenced to 10 years of probation for felony solicit child or person believed to be a child to engage in sexual conduct through electronic communication on Friday in Mower County District Court. He received credit for 92 days served. 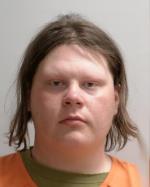 A charge of felony engage in electronic communication relating or describing sexual conduct with a child or person believed to be a child was dismissed as part of a plea agreement reached on Sept. 4.

Court documents state a Mitchell County deputy alerted the Austin Police Department on May 29 that Mallan was under an investigation for a sex crime in Iowa, that he was “dating” a 14-year-old female and had online communication with a 12-year-old female.

In the messages, Mallan indicated that he was “looking for a relationship,” asked if “Madison” wanted a boyfriend and if she smoked marijuana. He also indicated he wanted to kiss her, take naked pictures of her and touch her inappropriately.

In his responses as “Madison,” the detective reminded Mallan that he was older than her and that she was 12. When asked for a picture, “Madison” said no because she got in trouble before for sending a photo.

On June 4, Mallan arranged to meet “Madison” at Bandshell Park, saying he would be wearing a gray hat. Police located Mallan on the north side of the park and arrested him. Mallan told police he was “Kevin John” and denied being at the park to meet “Madison,” saying he was just hanging out and listening to music.

At the Mower County Law Enforcement Center, Mallan admitted he was at the park to meet “Madison” and that he knew she was younger than 18, though he claimed he thought she was 16. He also admitted that he talked to “Madison” about touching her inappropriately and that she had never spoken to him in a sexual way.

As part of his probation, Mallan must follow 27 conditions, including registering as a predatory offender, and pay $1,085 in fines. Failure to follow the conditions could result in 15 months in prison.