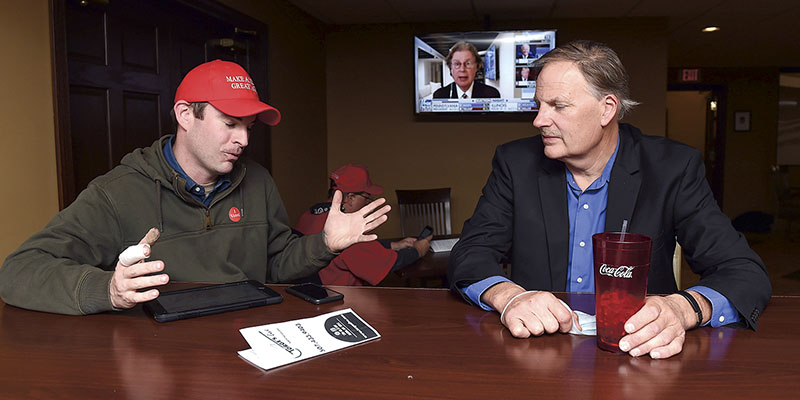 Sparks was first elected to the seat in 2002 and was completing his fifth term in office.

Ballots postmarked as of Election Day were still being tabulated.

“It feels great,” Dornink said. “It’s definitely an honor and a privilege to serve the people.”

He thanked his family, his campaign volunteers and all the people who supported and voted for him.

He said after losing the 2016 race, he took a step aside for a bit before beginning to campaign again.

“I campaigned for basically three years,” he said.

He made two promises during his campaign that he would serve the people and remember where he came from, never forgetting why the people sent him to St. Paul. He said he has enjoyed getting out and meeting people in the district.

Moving into his first session, he said the focus will be on the state deficit and the COVID-19 pandemic.

“A lot of us have tightened our belts, and it’s time for the government to do that,” he said. “We’ll have to separate needs and wants.”

He thanked Sparks for his years of service and the sacrifice he made to be in office.

“We, the people, appreciate that,” he said.