A resource for the parents of the community

Eighty-nine-year-old Norma Klaehn’s voice on the telephone still exudes warmth and competence, important qualities for the person who answered the Parenting Resource Center’s Parent Warm Line from 1996 to 2018.

For those 22 years she was available to an average of 50 calls a month from distraught parents. With her philosophy that there is no one right way to parent, Norma would “talk the parent down” with questions about ages and names of their children, and then help them make an action plan to address the immediate situation. She would then suggest to them resources and agencies for more long-term help. She notes that calls were most frequent right after five on Fridays, and around holidays. 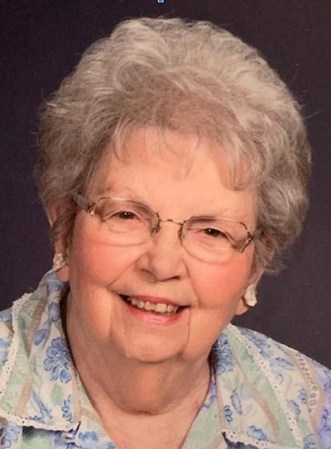 This service is only the last part of this remarkable woman’s service to the parents and children of Mower County. In the mid 70s, Caryn Mohr and Donna Krebsbach founded the Parenting Resource Center. Norma became a PRC board member. Seeing Norma’s innate abilities, the directors hired her as a PRC “outreach worker.” The concept was for Norma to visit their homes with families who had been referred by the county or who had requested help with parenting issues. She found that many parents did not keep appointments, so the model was changed to have parents attend classes. At first, Norma was an assistant teacher, but as her knowledge and skills developed, she taught classes on her own.

Another aspect of her work was being an advocate for families with children with disabilities. This was familiar territory, as Norma’s oldest son was born with a seizure disorder which caused him to have mental and physical disabilities. She had spent years making calls and asking questions to figure out how to maximize his life. Her PRC advocacy involved attending school conferences and “staffings” with parents to help ask the questions and to clarify the terminology for better communication, as well making phone calls for parents to buffer them from the many negatives involved in trying to procure answers and services for their children.

Norma became director of the Parenting Resource Center in 1985 and continued in that position until 1995. Already aware of the constant need to do fundraising to support this work, Norma honed her skills in grant writing through classes and asking questions. During these years, the Austin Technical College was very supportive, both providing space for the agency and assistance in writing grants. Two successful programs from that era were a toy lending library and parenting education videos using puppets to communicate the material.

With her strong faith as her guide, Norma, as the young mother of a child with handicaps, learned “Never give up. There is always another angle to pursue and another call to make to find an answer that fits for this family.” This is the principle upon which she carried out her work.

The happy ending to her personal story is that her oldest son, now 68, is still alive and is living in a group home in Austin. There is no doubt that she has been instrumental in bringing about some other happy endings for other families.

Norma and her husband of 70 years, Loren, now live at the Adams Health Care Center.  They are kept going with two other sons, six grandchildren and 11 great-grandchildren. Norma’s hobby is sewing, and she was recently featured in the Rochester Post–Bulletin for her work sewing masks for healthcare workers. She can’t stop giving!

Our community has been so blessed to have had the many gifts bestowed on us by Norma Klaehn!