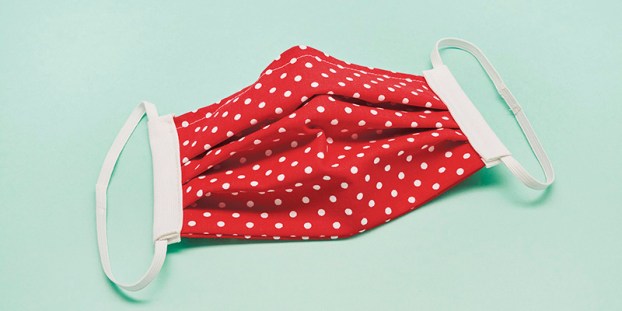 The Austin City Council on Monday unanimously voted in favor of a resolution strongly recommending members of the general public wear face masks or coverings while in public for the next 30 days to help limit the spread of COVID-19.

The resolution was a late addition to the council’s agenda.

While the use of masks and coverings does not prevent the wearer from getting the coronavirus, the Center for Disease Control and Minnesota Department of Health recommend wearing them as a means of source control to limit the wearer from infecting others.

The CDC recommends wearing face coverings in a public setting and when around people who don’t live in your household, especially when social distancing measures are difficult to maintain. Face coverings should not be worn by children under the age of 2 or by anyone who has trouble breathing, is unconscious, incapacitated, or otherwise unable to remove the mask without assistance, the CDC said.

While the resolution received unanimous support, the council was split over a possible mask mandate, which was discussed during Monday’s work session.

In a memorandum to the mayor and council, City Attorney Craig Byram recommended that the council “consider policy choices that may impact enforcement and compliance and choices related to locations and environments in which masks will be mandatory versus optional” should they choose to pass a mandate. He also noted that a mandate does not undermine or conflict with Gov. Tim Walz’s executive orders, stating those orders “contain language expressly recognizing the authority of local governments to be more restrictive (not less restrictive) in their efforts to control infectious diseases and respond to emergencies.”

A major concern for several councilmembers was how a mask mandate would be enforced. Austin Police Chief David McKichan said the APD’s policy has been to educate and encourage the public to wear masks. While a mandate could allow businesses to report those not wearing a mask and refusing to leave for trespassing, McKichan expressed concern that the APD would not have the capacity to respond to all calls.

McKichan also said that he is not sure if everyone has access to a mask, noting that the APD has been accumulating masks for outreach purposes.

Council members were also concerned about what effects a mask mandate could have on local businesses. Councilmembers Rebecca Waller (First Ward) and Jeff Austin (At-Large) noted that a mandate could put employees in an uncomfortable position when confronting customers not wearing a mask, while Councilwoman Joyce Poshusta (Third Ward) said that some have expressed concern that customers will shop elsewhere.

It was noted that some businesses have implemented their own mask policy. Austin Area Chamber of Commerce President Elaine Hansen told the council that the business community wants to see businesses decide based on their individual business plans.

Councilman Jason Baskin (Second Ward) said that he strongly encourages people to wear masks, though he felt a mandate needed to be justified and only passed as a last resort.

Some council members also noted that Gov. Tim Walz is considering a statewide mask mandate, which would mean the council would not be required to pass one if necessary. The Minnesota Hospital Association recently sent a letter to Walz advocating for a mandate.

The mayor and council decided to give the matter more time to give businesses a chance to take the lead, to see how the public reacts to the resolution, and to gather more information. Several council members said they wanted to hear from constituents, while others said they have heard overwhelming support for the mandate (Poshusta said those that have contacted her have been split almost half and half).

The council will discuss the mandate again in two weeks.

Austin grad Agwa Nywesh is hoping his second choice is his best choice. Nearly three months after he decommitted from... read more