Gayle Lucy Carey, 81, of Austin, Minnesota, died Monday, March 30, 2020, after a long battle with cancer. She died peacefully at home surrounded by her family. 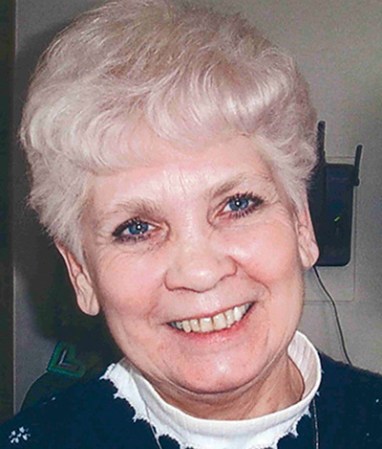 Gayle was born on Feb. 23, 1939, in Austin to Peter and Lucille (Dreyer) Kloberdanz. She grew up in Austin and graduated from St. Augustine High School in 1957. On Nov. 16, 1957, she married the love of her life, Bernard Carey, at St. Augustine Catholic Church in Austin. They had three daughters: Kimberly, Mary and Shelly. The couple lived their entire married life in Austin, where Gayle worked at Hormel as administrative assistant to the president and vice president. Gayle was a devout Catholic and belonged to St. Augustine Catholic Church. She enjoyed spending time with her family and her beloved dogs. It brought her joy to help her husband with all the Christmas decorations and baking lots of wonderful goodies for her family. She selflessly and lovingly devoted herself as a caretaker to both her mother and her husband.  She treasured her grandchildren, who she referred to as her little angels. She was always there with a warm smile, a listening ear, and a shoulder to lean on.

Private graveside services are being planned. A memorial Mass and celebration will be held at a later date. Arrangements are by Mayer Funeral Home. Condolences may be left online at www.mayerfh.com.

ST. PAUL — Minnesota farmers struggled to make a profit in 2019 as bad weather and trade wars combined to... read more