Lowell was humbly born at home on Nov. 3, 1934, in rural Austin, Minnesota, during a blizzard that prevented the doctor from assisting with his arrival. He spent his formative years growing up in rural Minnesota, where he learned both the value of hard work and the importance of family. After initially attending school in a one-room schoolhouse (where he devoured every book in the library), Lowell graduated from Austin High School in 1952. His sharp mind saw him serving two years in the U.S. Army as a cryptographer stationed in Japan during the Korean War. 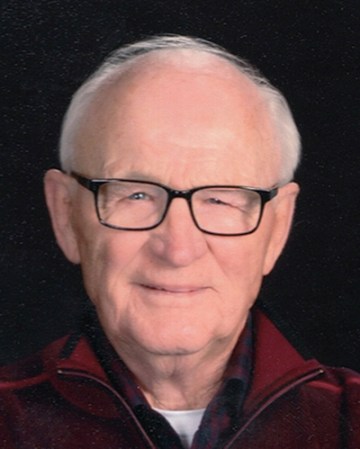 Upon his return, he attended the University of Minnesota and met his future wife, Norma Nordland. They were married on Sept. 7, 1957.  Lowell graduated from the University of Minnesota Medical School in 1962. He interned in Orange County, California, completing his residency at Colorado General and a fellowship in allergy at National Jewish Hospital in Denver, Colorado. His early professional years also saw the arrival of their three children, Becky, Jill and Jim. He practiced in Sioux Falls, South Dakota, from 1973 until retiring in 2002. Throughout his career, Lowell held many academic and medical positions, including chief of staff at McKennan Hospital and multiple offices in the South Dakota Medical Association. Lowell loved being a physician and cared deeply for his patients and his entire office team. Many of his patients credit him with saving their lives. Lowell also had an interest in business, working with his brother, Duane, to start up Micomp Data Systems, a computer-based medical billing system, in the late 1970s. Following his retirement from medicine, Lowell became involved with DocuTAP providing medical insights and serving on their Board of Directors as well as pursuing an avid interest in investing. He never was able to prove his theory that “butter builds brains,” although his family has fully embraced it.

Despite the demands of being a doctor and businessman, Lowell always found time for his family, who especially remember road trips all over the U.S., family vacations, hunting adventures and weekends at the lake. Ever “on the go,” he stayed busy spending summers at the lake, where he loved time with the grandkids, going on pontoon rides and participating in the annual Fourth of July road race. Fall was spent at the ranch where he loved hunting, more time with family and friends, driving the tractor and planting trees. Throughout the year, you could always find him attending his grandchildren’s activities. A generous man, he is notorious for only tipping 10 percent because “that’s what God gets.” Forever curious, he spent countless hours reading and sharing his love of knowledge with those around him.

Special thanks to Avera McKennan, Prairie Center and Avera Hospice, especially Dr. Ben Solomon, for their personal, devoted care, and the physicians and staff at Mayo Clinic, especially Dr. Andy Maijka, for their excellent and compassionate care. Thanks to Pastor Tim Lemme for his devout guidance.

Because of troubling times, Lowell will have a small family gathering at this time. A celebration of life will be held this summer. We encourage you to share your story of Lowell at millerfh.com or GatheringUs.com to help us with his passing. In lieu of flowers, the family requests that memorials be directed to the Special Olympics South Dakota or to the South Dakota School of Medicine. For obituary and online registry please visit www.millerfh.com.