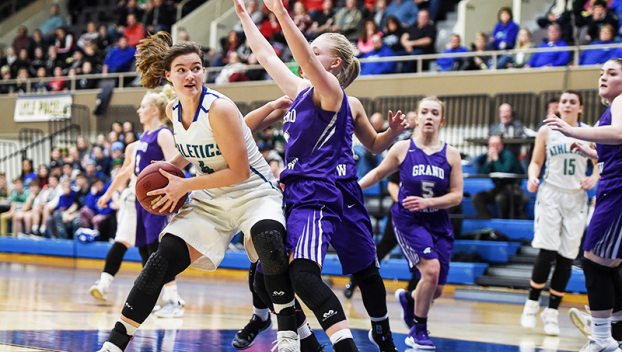 Lyle-Pacelli’s Olivia Christianson looks toward the basket during the first half against Grand Meadow in the Section 1A semifinals last year at Rochester’s Mayo Civic Center. Herald File Photo

Lyle-Pacelli’s Christianson has caught up to her role model

Olivia Christianson was just a freshman on the Lyle-Pacelli girls basketball team when Sarah Holtz set the all-time scoring mark for the Athletics.

After four years of trying to be like Holtz, Christianson has now surpassed her as she recently became L-P’s all-time leading scorer. Her current point total of 2,080 is more than any boy or girl to ever put on the green and white.

Holtz, who scored 2,022 career points and grabbed 1,108 career rebounds, is now in her senior season at Luther College, where she has scored more than 1,000 career points. Christianson plays a style very similar to Holtz as she is strong in the paint, but she also has a solid jump shot.

“I always looked up to her as a role model, a basketball player and a person,”Christianson said of Holtz. “That’s what I want to be to younger kids (on my team). To beat (the scoring record) with a young team and have them see that, hopefully I’m a role model to them.” 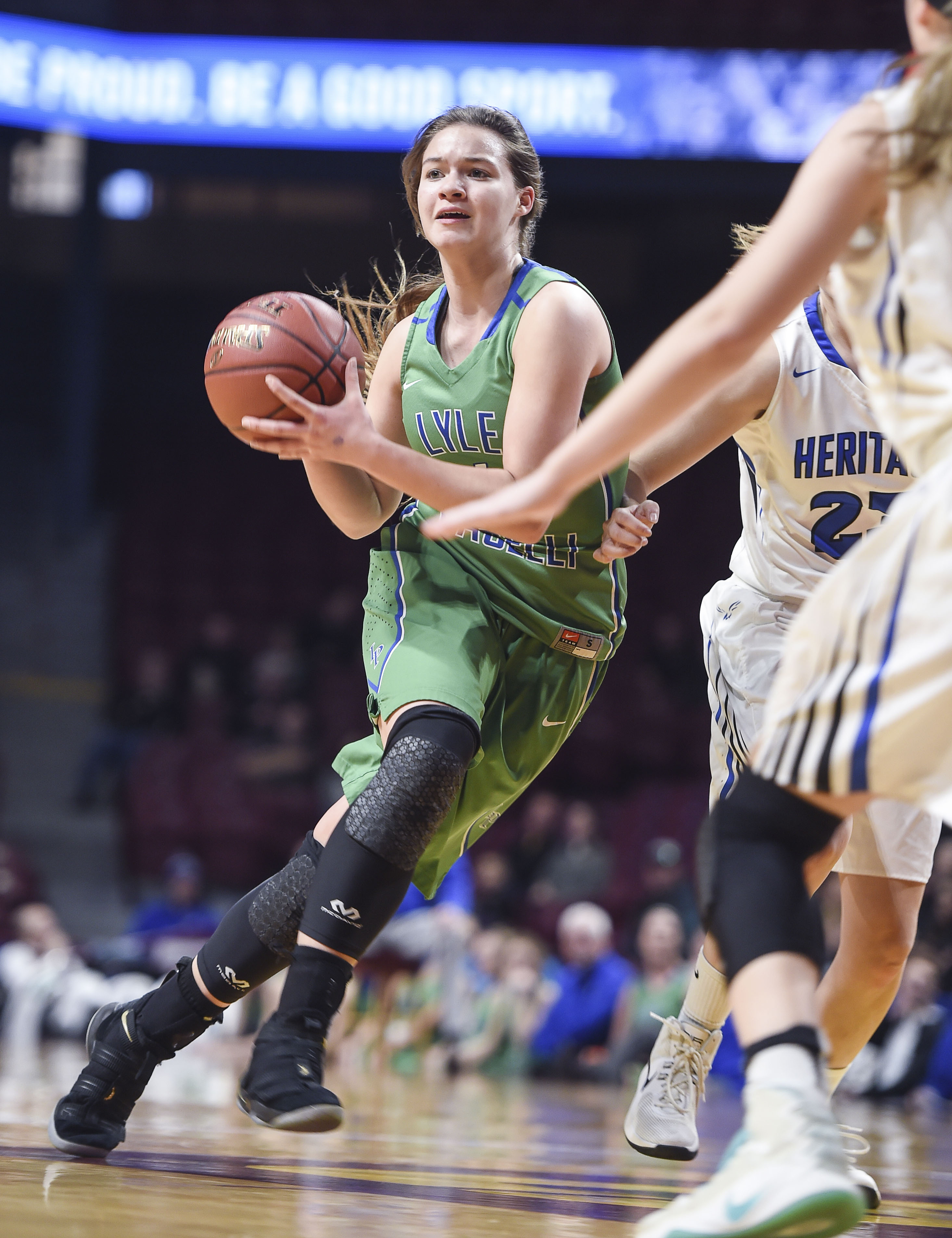 Lyle-Pacelli’s Olivia Christianson passes off the dribble against Heritage Christian during first half play in the quarterfinals the Minnesota Class A State Girls Basketball Tournament in Williams Arena on the campus of the University of Minnesota. Herald file photo

Christianson was a key player on L-P’s state championship team in 2018 and she led the Athletics to a surprise run to the Section 1A title game last season. This year she’s moved into the role of a leader for a very inexperienced L-P team that has a record of 5-17 overall.

L-P head coach Anna Meyer said that Christianson provides a boost in all categories for the squad.

“She’s just irreplaceable in every aspect of the game. She brings our best effort on defense and she’s scoring 25 points per game,” Meyer said. “Her mental game has really stepped up over the last two seasons. She’s really been our go-to player and when things don’t go how you want them to go, it’s tough. She’s always leading.”

Perhaps most incredible for Christianson is she piled on over half of her points in the last two years, when opponents have known that she was the main scoring option for the Athletics. She’s found ways to score in the post, in transition off of steals and she’s also knocked down plenty of big shots. 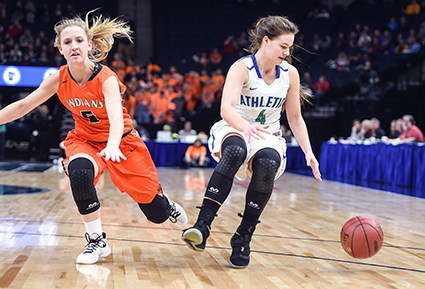 Lyle-Pacelli’s Olivia Christianson turns back for a lose ball against Sleepy Eye in the first half of the Class A title game of the Minnesota Class A Girls State Basketball Tournament at Target Center. Herald file photo

While she was always mimicking Holtz, Christianson never thought about catching her until it happened.

“I hadn’t really thought about 2,000, because it took me that long to get 1,000,” Christianson said. “I just wanted to put up as many points for my team as needed.”

Christianson still hasn’t made a final decision on her basketball future, but she’s certainly focused on leaving a solid mark with the Athletics, who have just four games remaining in the regular season.

“I’ve learned to keep my composure this year,” Christianson said. “We’re getting so much better with each practice. Holding each other accountable is something huge that we have to do.”

Austin senior Oliver Andersen made it official when he signed his national letter-of-intent to play football at Division II Minnesota... read more