ST. PAUL — The Grand Meadow/LeRoy-Ostrander/Southland wrestling team couldn’t quite get over the hump in its first Minnesota Class A State Team Meet appearance since 2005 at Xcel Energy Center Thursday.

The No. 5 seeded Bulldogs were one win short of advancing in the quarterfinals losing 34-32 to No. 4 Blue Earth Area. They then lost to Badger/Green Bush/Middle River 39-36 in the consolation round.

GMLOS led Blue Earth Area 29-28 with two matches left and it had a chance to clinch the dual if Cameron Sneed was able to get a pin at 220-pounds. Sneed picked up the clutch 9-3 win over Luke Mertens, but he wasn’t able to score a pin and Blue Earth won the dual when Nick Lawrence pinned Colten Gardner in 34 seconds in the 285-pound match.

Sneed is used to competing in important matches for the Bulldogs.

“It’s come down to me having to get pins a lot of times this year,” Sneed said. “(Coach Smith) has probably asked me to do it four or five times saying ‘if I get a pin, we win.’ It sucks sometimes, because it’s a lot of pressure. I just go out there and try to get it done.” 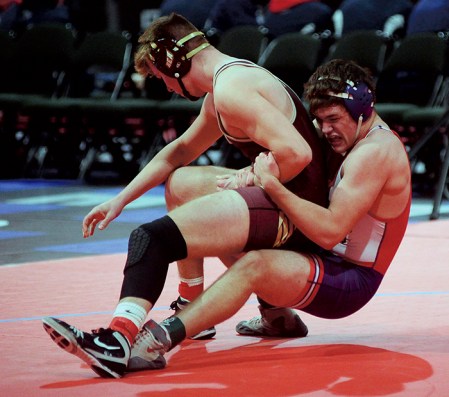 GMLOS head coach Randy Smith was hoping his team would be a little more aggressive in the quarterfinals as Anthony Romero, who went 2-0 on the day, Donovan Felten, who went 2-0, Christian Jacobsen, who went 2-0, were the only Bulldogs to score pins. Blue Earth came up with four pins.

“We didn’t open up, we need to be more loose and just go after it. In certain matches, we were hoping to save points and in other matches, we’re trying to get bonus points,” Smith said. “For the most part, the majority of our kids did their job. We let a match here or there get away from us and that made the difference in the dual.”

GMLOS has a lot of juniors, meaning the squad could be a force next season, and the team has eight wrestlers set to compete in the Minnesota State Class A Individual Wrestling Tournament Friday.

“Our goal was not just to be here. We want to do our best,” Smith said. “This will be a good stepping stone for next year as well.”

Sneed said it was fun competing as a team on the biggest stage of Minnesota High School wrestling.

“I think it was really neat. We’ve all been teammates since sixth grade and it means a lot for us to be wrestling here,” Sneed said. “It’s been 15 years since the team has been to state.”

BGMR beat the Bulldogs by scoring three straight pins at the end of the dual. 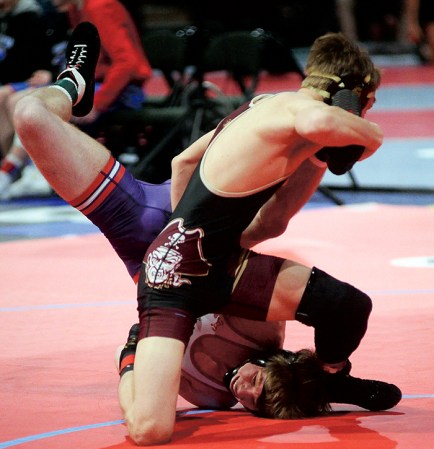 Donavon Felten of GMLOS tries to get away from a hold from Jaxen Klinkner of Blue Earth Area in Xcel Energy Center in St. Paul Thursday. Rocky Hulne/sports@austindailyherald.com 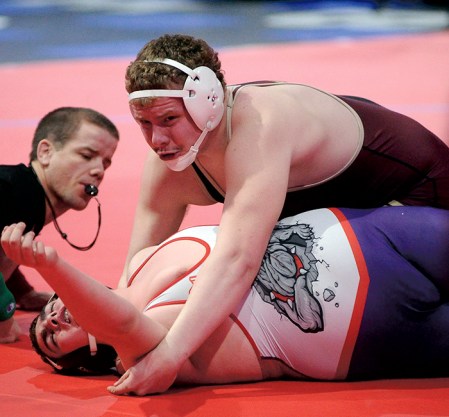 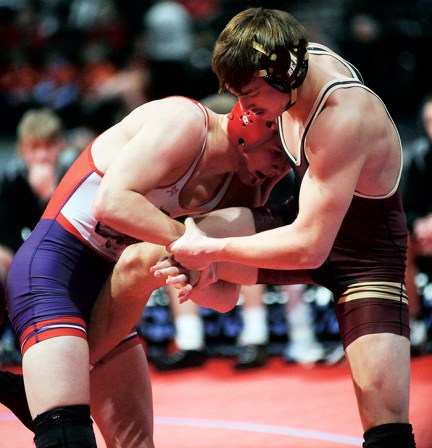 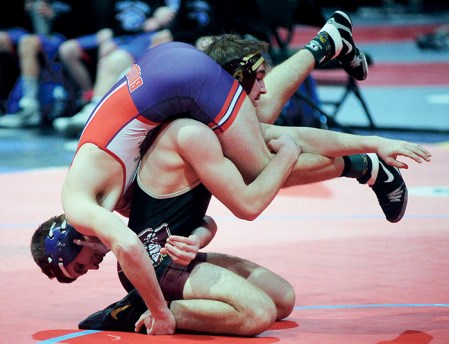 Christian Jacobsen of GMLOS, left, hangs on against Adam Schavey of Blue Earth Area in the Minnesota Class A quarterfinals in Xcel Energy Center in St. Paul Thursday. Rocky Hulne/sports@austindailyherald.com

Austin senior Colie Justice has had some of her highest highs and one of her lowest lows on the basketball... read more