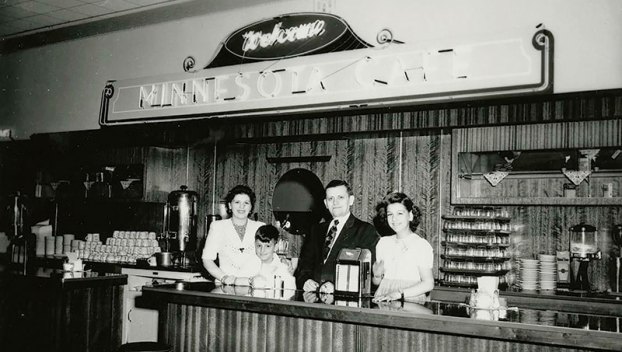 Owners of the Minnesota Cafe, sometime in the 1940s. Photos courtesy of the Mower County Historical Society

Looking Back: “Home of Good Food and Good Coffee” – and Coney Islands!

The Minnesota Cafe opens in Austin

The newly built Minnesota Café opened on Aug. 31, 1941.  It was an expansion of the former Minnesota Lunch Cafe, which had been housed right next door to the new building.

Both businesses were owned and operated by George Togas and his wife, Dena. The advertisements for the new café boasted comfortable booths and new fixtures and equipment as well as superb food and good service. The bottom of the ads also noted what seems like a curious menu item, “We specialize in Coney Islands.” 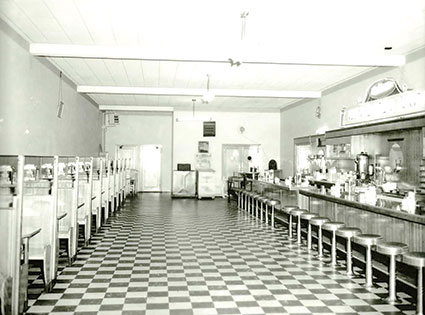 An inside view of the cafe sometime in the 1940s.

While “Coney Island” probably brings to mind images of a seaside amusement park and hotdogs on steamed buns, the term also referred to a  hotdog served with chili, mustard, and onions. In the Midwest (especially in Michigan), many Greek immigrants opened diners with “Coney Islands” on the menu.

It just so happens that George and Dena emigrated from Greece to the United States in the early 1930s. Although the historical society does not currently have a menu from the café in its collection, one can imagine it was probably the usual diner food with a few specialties from George and Dena’s homeland. Many have speculated that the reason so many Greek immigrants featured “Coney Island” style hot dogs on their diner menus is because nearly all of them entered the country through Ellis Island and either visited the amusement park or heard of the treat. It may also have been inspired by a traditional Greek dish called saltsa kima, a spice, tomato-based meat sauce. 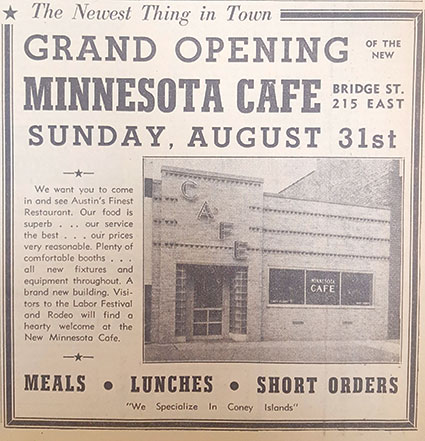 Congratulation ads and the grand opening for Minnesota Cafe was announced in the Austin Daily Herald. 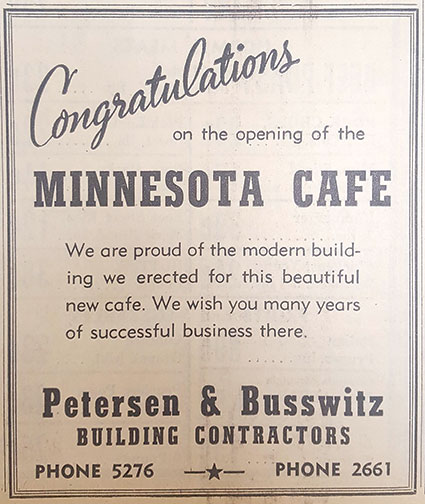 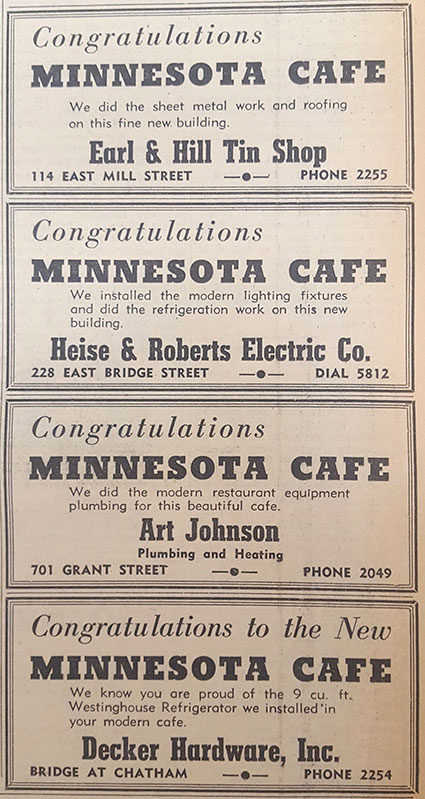 This story can be found in the January-February edition of Austin Living Magazine, out now. If you have any ideas for a story, please email eric.johnson@austindailyherald.com

Austin and Pacelli close schools due to winter storm Friday

Due to the potential for inclement weather and poor road conditions, the following schools have canceled class for Friday, Jan.... read more