Man charged after allegedly running over man’s foot with vehicle

A Lyle man who allegedly tried to hit another man with his vehicle made his first appearance on Monday in Mower County District Court after a warrant for his arrest was returned. 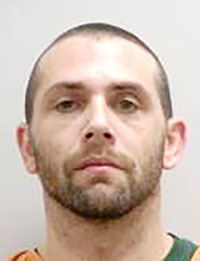 According to the court complaint, an officer was dispatched on Aug. 28 to an apartment complex in the 1200 block of Fourth Street Northwest regarding a violation of an order for protection. He met with a male and female and was told that Hutchinson drove into the driveway and attempted to fight with the male and strike him with his vehicle. The woman had an order for protection against Hutchinson, prohibiting him from contacting her and coming within 500 feet of her residence.

The man said he was taking laundry to his vehicle when Hutchinson drove into the driveway and ran over his foot before he could get out of the way. He said Hutchinson tried to hit him, but he struck Hutchinson, at which point Hutchinson “backed-up” and started “running his mouth” before driving away.

The woman reported that she was in the apartment at the time of the incident. She said she heard tires squealing and heard the man saying, “Now you’re trying to hit me with your car!” She went outside and saw a vehicle driving away. The man told her Hutchinson was driving the vehicle.

The officer observed that the man’s foot was red and saw tire marks on the driveway.

Hutchinson will appear in court again on Dec. 9.