An Austin man taken into police custody Friday evening after allegedly striking a bicyclist with his vehicle appeared in Mower County Court on Monday. 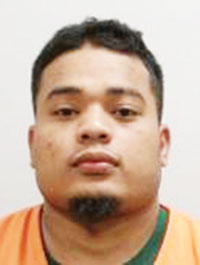 According to Austin Police Chief David McKichan, police responded to a call of a vehicle striking a bicycle at about 7:47 p.m. on Friday at First Drive and Eighth Place Northwest. The bicyclist, a 33 year-old female from Austin, had bruising on her right knee and minor scratches on her forearm.

Mayo Ambulance was called to the scene, but the cyclist was not taken to the hospital.

The vehicle’s driver, Epina, told police that he was turning onto First Drive Northwest when he struck the cyclist, whom he did not see, McKichan said.

Epina was arrested and taken the Mower County Jail.

Epina will appear in court again on July 22.

Scott Roser recalled that over the years he was sometimes asked about his favorite hobbies. “I could never think of... read more