Man in I-35 standoff charged 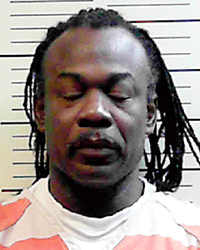 The man at the center of a high-speed chase and two-hour standoff on Interstate 35 Tuesday was charged Wednesday in Worth County District Court.

Moses Francisco Cruz, 52, faces charges of eluding at a speed of more than 25 mph over the speed limit, being a felon in possession of a firearm and interference with official acts.

The chase reportedly began after authorities received a complaint of Cruz allegedly driving a silver 2018 Nissan southbound on I-35 in Minnesota and pointing a gun at other motorists, according to court documents. Speeds at one point reached up to 95 mph, according to an Iowa State Patrol trooper in the court complaint.

Cruz reportedly refused to pull over for the trooper and continued southbound before he was stopped at the 214 mile marker near Diamond Jo Casino with the assistance of stop sticks.

“The defendant failed to follow instructions to put the gun down and was instructed many, many times to do so,” documents state.

Cruz then reportedly started a slow pursuit again until the Nissan was stopped about two miles later with the assistance of an armored vehicle.

After Cruz continued to fail to follow instructions of authorities and displayed a handgun several times, tear gas was introduced into the vehicle.

Cruz then reportedly began to follow instructions and was taken into custody.

Court documents state a handgun was found in the car. The gun had a loaded magazine but did not have a round in the chamber.

Authorities ran Cruz’s fingerprints through the FBI database, and the prints came back to multiple names and dates of birth.

Cruz had commonly given false information to law enforcement throughout his life and gave authorities a different name when first arrested Tuesday.

More Minnesotans are choosing to buckle up as law enforcement citations dropped for the fifth straight year during the annual... read more