An Austin man who allegedly raped a female last month was charged with felonies Friday in Freeborn County District Court. 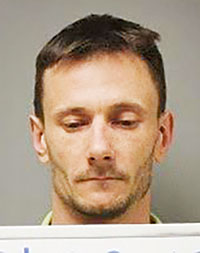 Court documents state Britt was charged after the alleged victim reportedly agreed to meet him Jan. 29 at an Albert Lea hotel after speaking with him on Facebook messenger. They had never met previously. He allegedly raped her in a hotel room.

A search of Britt’s phone was reportedly executed, and Britt allegedly had contact with 146 females on Jan. 29 attempting to hang out or do something with them, court documents state.

Assistant Freeborn County Attorney Michelle Johnson requested conditional bail for Britt be set at $150,000 based on the allegations and Britt’s 2007 conviction for third-degree criminal sexual conduct.

Lawyer Jeremy Clinefelter requested conditional bail be set at $10,000 because of Britt’s employment, treatment he has undergone and other factors.

Judge Ross Leuning set conditional bail for Britt at $150,000, contingent on him not engaging in assaultive behavior, having no internet or social media use, submitting to GPS monitoring, not using alcohol or controlled substances and following other requirements.

His next appearance is scheduled for March 21.