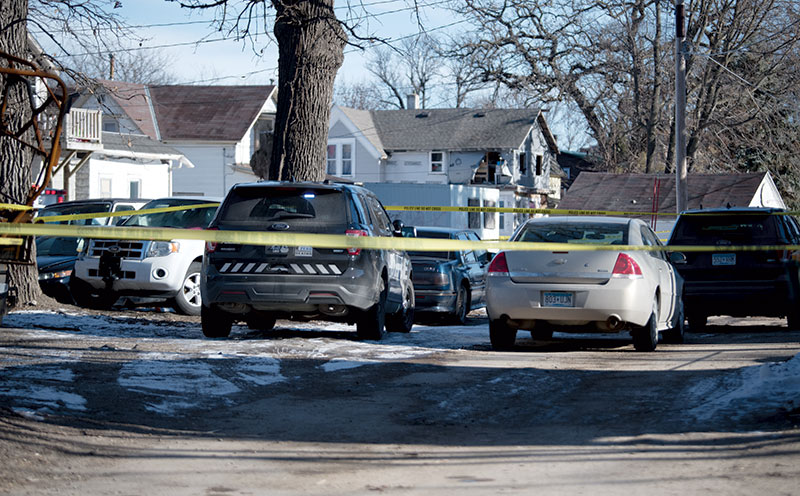 The Minnesota Bureau of Criminal Apprehension has been called in to investigate an officer-involved shooting death Thursday morning in Albert Lea.

The BCA has not yet released the names of the officers involved or person who died, though family members have confirmed with the Tribune that the deceased is Joseph Alan Roberts of Albert Lea.

According to the Albert Lea Police Department, officers responded to a 911 call for service after 10 a.m. involving a person in the alleyway behind the 300 block of Court Street.

According to an Albert Lea Police Department release, officers found the person and at one point during the encounter, officers discharged their guns, striking the person.

Officers attempted lifesaving measures, but the person was pronounced deceased at the scene.

No one else was injured during the incident. 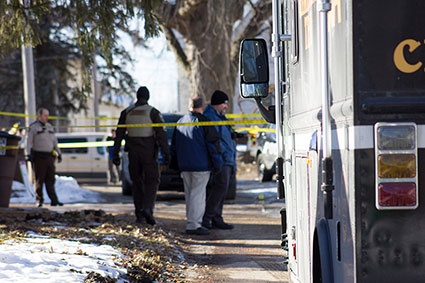 The release stated officers are on standard administrative leave.

Albert Lea police, Freeborn County Sheriff’s Office deputies, Gold Cross Ambulance personnel and Albert Lea firefighters could be seen in the area between College and Court streets for much of the morning and into the afternoon.

Police tape blocked the alley south of the intersection from motorists and pedestrians.

Neighbors and nearby family members gave differing accounts of how many gunshots were fired.

Michael Estes, who lives south of the alley, said he heard four shots while in the kitchen in the back of his house.

“It’s kind of crazy that it happened here,” said Estes, a Marine Corps veteran from the Vietnam War. “There’s good and bad about the neighborhood.

“I don’t think that it really scared me … I knew there was shots going off. Since being in Vietnam, it takes a lot to scare me as far as gunshots going off.” 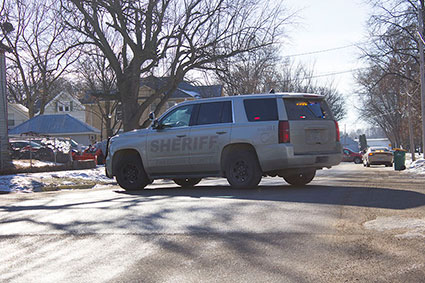 After hearing the shots, Estes, who has lived in his house for nearly 25 years, went upstairs and said he saw the body laying in the alley and law enforcement taking turns doing chest compressions. He said the body was later covered in the alley.

“I’m just hoping that there wasn’t some local person in the neighborhood that was causing enough trouble to get shot and killed,” Estes said.

Martin H. Modderman Jr., Roberts’ cousin, who lived west of where Roberts lived with his aunt, questioned the justification of the shooting because his cousin was not armed with a gun.

“They shouldn’t have shot him five times, clearly,” Modderman said. “I think that was kind of excessive, in my opinion. I mean, that is what Tasers are for.

Modderman described his cousin as having problems with drug use.

“He’s just been on drugs a lot, in and out of trouble,” he said.

“He was good until he got into drugs. And I think drugs kind of more or less took over.” 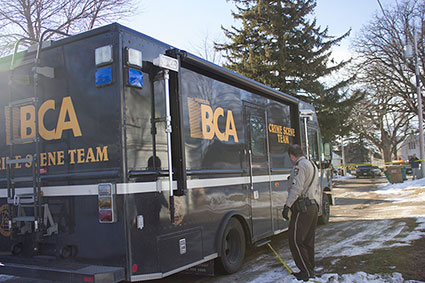 A Minnesota Bureau of Criminal Apprehension truck arrives at the scene of a shooting Thursday afternoon. – Sam Wilmes/Albert Lea Tribune

“It’s the same as the Cities. This is what happens in the Cities, so it’s like, now I’ve moved to Albert Lea and it’s happening here.”

The Police Department stated the Ramsey County Medical Examiner’s Office will officially release the identity of the person, as well as the cause and manner of death once an autopsy and family notifications are completed.

The BCA will conduct an independent investigation of the incident and will release further information as its investigation progresses.

The officers were not wearing body cameras, and investigators will determine whether dash cameras captured the incident.