Man charged with being married to 2 women at once 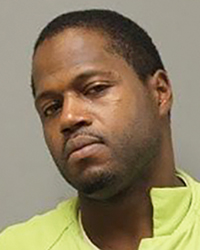 An Albert Lea man who has allegedly been married to two women at the same time has been charged with a felony in Freeborn County District Court.

Court documents state Amos was charged after an Albert Lea Police Department detective received a copy of a May 2009 marriage certificate between Amos and a woman in Hennepin County.

Court documents state Amos told the detective he used online services to obtain a divorce but did not have the paperwork, saying he would provide it at a later time.

Amos allegedly never provided proof they were divorced, and there is no proof the original marriage was dissolved before Amos married for the second time, court documents state.

The detective noted the two marriages on the official state marriage system.

Amos’ first appearance on the charge is scheduled for Dec. 27.

As of Friday morning, Amos was not in custody.