The plan was created in response to feedback from the community, which AHRC published in last year’s Welcoming Report, to “create a clear roadmap for making Austin a truly Welcoming Community, including a consensus definition of what success looks like and actionable ideas that will create real and meaningful change over the next five years.” 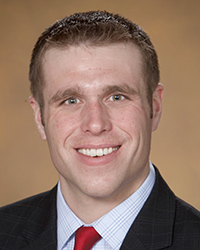 AHRC Chairman Jason Baskin presented the plan to the council.

One area the Welcoming Strategic Plan focuses on is empowering multicultural leadership. The AHRC found that one of the barriers identified by the community was that immigrant communities rely on a few individuals as leaders, particularly when they don’t see community leaders that look like them. Not speaking certain languages and a lack of informal intersecting communication networks makes understanding rules and processes difficult.

Another area the Welcoming Strategic Plan focuses on is increasing connection between communities. Although the city has many different communities, it was found that several primarily interact superficially or not at all with others. The AHRC cited a knowledge gap about immigrants and refugees as well as a “come to me if you need something mindset.” Baskin had previously referred to this as the biggest barrier, saying, “The more interaction we get, the more people are going to generate common interests and the more that they have will make the other barriers look more surmountable at that point.”

In order to achieve these goals, the AHRC suggested the following programs be implemented within the next 12 months:

• Create an honorary City Council member program – the mayor would appoint one person to serve a three-month “term.” The member would be non-voting, but would receive all public information given to council members and sit in on all public council meetings and work sessions. The member would get time to meet individually with the mayor, council members and leaders of city departments to better understand how city government works. “This program will help build a bench of community leaders by providing a front row seat to local government in action,” Baskin said.

• Create a series of “Explore Your Community” events – groups would hold a monthly or quarterly visit to a multicultural business, where they would meet and greet the owners and be given a semi-formal overview of the business to make them more familiar with it. “This is a great way to get people in the door of our outstanding, diverse, and unique local businesses,” Baskin said.

• Proactively recruit more diverse candidates for local boards and commissions – easy to understand programs about local boards and commissions would be created and presented to multicultural groups where they already gather. There will also be a master list of emerging leaders who would like to get involved, targeted advertising of openings in multicultural communities and personal invitations to candidates to serve.

The AHRC also suggested implementing the following within the next one to five years:

• Creation of a multicultural liaison position – based on similar positions in local governments across the country, this would be a paid position housed at City Hall that would design and implement plans to increase access to community services and coordinate efforts to increase connections between communities. “This position has been very successful in communities across the country and is critical to implementing many of the longer-term initiatives,” Baskin said.

• “My City Academy” – based on a similar program in Nashville, Tennessee, adult education participants will do sessions on how city government works, have guest speakers from city government, learn what local boards and commissions do and take a tour of City Hall. It will also match interested students with boards and commissions that have openings.

• Multicultural Exchange Program – this program would pair community members in groups of one to four people with newcomers enrolled in adult learning classes to increase connections between communities by building personal relationships.

• “Grow Your Own” Program – based on similar teacher programs being done in partnership with Austin Public Schools, Riverland Community College and Winona State University, this program would help identify key local positions that require specific training and are challenging to get a diverse pool of qualified applicants.

Baskin said the AHRC would define success in these area as having “leadership and workforce of city government, community organizations and businesses reflect the population they serve” and when “the majority of residents feel like they are a meaningful part of the larger Austin community.”