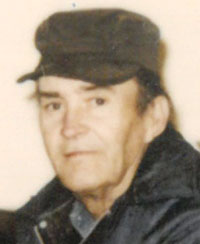 Following his graduation from Austin High School in 1956, he entered service in the United States Army, serving in Korea. Following his honorable discharge from the Army, Bob returned to Austin and started working for the city of Austin in the street department, retiring in the late 1990s. He was a member of the Queen of Angels Catholic Church in Austin. Bob would love to drive around town to check things out. He will be dearly missed by all who knew and loved him.

Survivors include his brother, Gene Lee of Austin; sisters, Gloria Langan of Austin and  Elaine (Gary) Sipple of Albert Lea, Minnesota; and many nieces and nephews. Bob was preceded in death by his parents; his brother, David Lee; and brother-in-law, Thomas Langan.

Mass of Christian burial will be celebrated at 11 a.m. on Saturday, Jan. 27, 2018, at Queen of Angels Catholic Church in Austin with Father Dale Tupper officiating. Visitation will be held for one hour prior to the service at the church on Saturday. Military honors will be by American Legion Post 91 and VFW Post 1216. Interment will be in Calvary Cemetery in Austin. Worlein Funeral Home of Austin is assisting the family with arrangements. Condolences may be expressed to the family online at www.worlein.com.