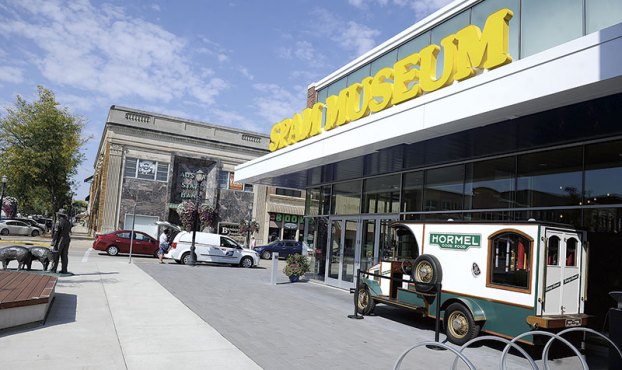 The Spam Museum’s move to downtown Austin has provided an anchor point for visitors to Austin. Eric Johnson/photodesk@austindailyherald.com

Retail strategy development tools include tapping incubators in other cities

About this series: The Austin Daily Herald will be examining the state of Austin’s retail sector as the biggest shopping days of the year get closer. Part 3 will publish next Saturday.

Read part one here: Austin struggles as shoppers opt to travel; City competes with neighbors in a 40-mile radius for customers, retailers

Austin residents were quick to post their wish lists when the Austin Port Authority agreed to a preliminary conditional purchase agreement in July with Slaby and Associates of Verona, Wisconsin, to market the old Hy-Vee property for retail space.

Most suggested a restaurant, like Chipotle, Noodles & Co., Buffalo Wild Wings or Panera. While a restaurant is possible on one spot, Austin city leaders were more interested in attracting something like a clothing outlet.

And regional retail experts were more keen on developing a unique business downtown to draw shoppers.

“It’s going to take something unique that’s going to draw more people there,” said Bruce Schwartau, the program leader for community economics at the University of Minnesota Extension.

As pointed out in the first of the Herald’s retail series, Austin faces significant retail trade compression from neighboring cities like Albert Lea, Owatonna and Rochester. Data compiled by University of Minnesota Extension shows Austin lost about 20 percent of expected sales in 2015, much of it due to retail leakage to those communities. In fact, Austin’s pull factor, an economic measure to tell if a city is attracting or losing shoppers, was at 0.70 in 2015, meaning Austin lost shoppers. Albert Lea and Owatonna both did better, with pull factors above 1.0.

To Schwartau, a possible tactic for communities with a compressed retail trade area is to develop a niche. He uses Faribault’s Burkartzmeyer Shoes as an example. The specialized store brings people into town and even receives recommendations from Mayo Clinic doctors for patients with specific needs.

He also mentioned a butcher shop in Lake City, another city that’s seen retail challenges, that sells a unique sausage that people travel to buy.

“Those are the type of things that help this along,” Schwartau said.

Austin has a leg up in that it already boasts one big draw: “No one else has a Spam Museum,” Schwartau said of the Hormel Foods Corp. destination.

He also praised Austin as having “one of the better looking downtowns in southern Minnesota.”

But the Spam Museum, which drew 125,000 people in its first year in its downtown location, isn’t enough on its own. The key may be to build off the Spam Museum and develop another unusual niche business to draw museum visitors to explore downtown. That will help develop Austin’s reputation as having unique places to shop. That reputation can come from social media, word of mouth, the internet and other sources.

Some cities have seen success. Red Wing has held downtown events that draw people to a city hub that boasts things like an Uffda Shop, but Red Wing also benefits from being stationed on a well-traveled bridge into Wisconsin. It’s also a short drive from the Twin Cities, where it’s received much positive marketing and press.

Perhaps Austin could one day develop a reputation as a day-trip destination, Schwatau mused, as he noted Austin also has the Historic Paramount Theatre and could try to then get people out for dinner at The Old Mill Restaurant.

Community research could help better understand Austin’s draws and drains. Surveys and committees could explore what is drawing people out of town and what is bringing them to town.

It may be worth investigating how many people visiting the Paramount are locals versus out-of-towners, and Schwartau said it’s also worth looking at how many people travel to Rochester for work and then shop there. 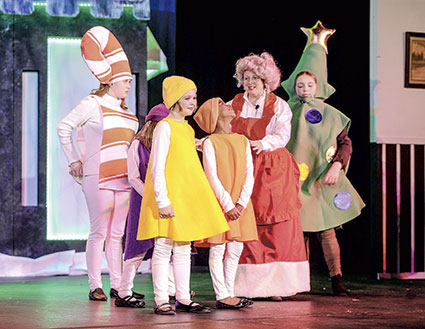 The Paramount Theatre offers a variety of performances each year including from the Matchbox Children’s Theatre. According to Bruce Schwartau, program leader for community economics at the University of Minnesota Extension, the theater would be a prime stop for people looking for day trips. Herald file photo

A town isn’t bereft of options when looking to grow retail. Towns can look to reach out to community natives looking to return home, or community leaders can reach out to existing, successful businesses about opening another location in Austin, Schwartau said.

Another way would be to look at businesses possibly looking to expand out of business incubators in other communities.

Schwartau also recommended tapping into Austin’s immigrant population for fresh ideas and to build off experience they’ve gained in the past.

But Austin has also seen challenges in keeping existing businesses going once its owners wish to retire. Norm and Marlene Blaser closed Quiznos in 2014 and Dan and Janet Hooker closed Donut Connection in 2016 after the families couldn’t find a successor.

To Schwartau, it’s important for businesses to look to developing  succession plans when they near retirement. And there are things businesses owners can do to express a business’s value for a few years before a planned retirement.

An SUV passes by El Mariachi Mexican Restaurant on Main Street, one of Austin’s most popular restaurants. Eric Johnson/photodesk@austindailyherald.com

The Internet: a drain or a draw?

In recent years, some local business owners have lamented losing sales to Amazon, eBay and other web outlets. But the internet can be a big help and key tool, too. Schwatau suggested businesses and community leaders look at how well Austin is represented on GoogleMaps and other search engines when looking for something like “pie.”

“If they look on their phone, what are they finding,” he said.

That can help ensure Spam Museum visitors are finding other destinations easily.

Here we go, rocking into the month of October

This week’s guest writer is Dave Sylte. October at the Paramount will be Rocktober as we present two shows which... read more