The Wide Angle: Can you believe I was sexy once?

Now it’s likely you didn’t know this because I’m not one to repeatedly tout my exploits on Facebook or Twitter, mostly because in the end you probably don’t care. Maybe not because you don’t wish me well, which I hope you do, but because it really doesn’t affect you.

I either just talked myself in circles or I’m trying to rationalize not bragging that I’m working out.

In school I really didn’t have any sort of work out. As the four of you probably read in an earlier column, my imposing five-foot, nine-inch, nearly 100 pound frame I strutted through the later years of high school with really didn’t harken to lots of muscles.

In general, I had wickedly high metabolism so maybe it was out of sight out of mind. Either way, I didn’t really get serious about it until my freshman year in college when a new friend and I started seriously working out.

As I suddenly experienced a rather late physical maturing, I had the opportunity to sculpt my body a little more than I did in high school.

I sprouted to a whopping six-foot, one-inch height and actually put on muscle. Enough so that I had four of a six pack visible. Was I dead sexy? Well, no, but I looked pretty decent from a physical standpoint.

As college progressed though the trappings of the college life sucked me in. My body’s six-pack was replaced with an actual six pack. Quite a lot of them actually. It’s not a point of bragging even though I did from time to time note that a man my size should not be able to drink as much as I did.

Admittedly, it was a problem I denied for quite awhile until actually throttling it back on my own toward the end of college. That, was a source of pride, because while I won’t dull you with the details, I will say that I was pretty close to a dark place.

Once out of college and situated in Huron, South Dakota, I decided that I should try getting into shape once again which was an ill-thought out idea.

I don’t work out in a gym, for a variety of reasons, though most notably because my hours are all over the map and fluctuate wildly. It was hard to nail down a time and some days straight up impossible.

I had about as good a routine as possible at home. Some exercises I did in the morning before work or after work and then I Rollerbladed quite a bit.

Then I struck upon an idea — running.

I will not sugar-coat this: In my mind, running is a horrible idea, despite what my colleague will say to try and brainwash you in the column above.

It’s largely why I didn’t compete in track and played baseball instead. Soooo, much running and competing in the field events was out of the question. High jump would have decapitated me, the shot put was heavier than I was, and a strong wind would have brought my 100-yard dash down to a pathetic if not notable 37 seconds. Two heats could finish before I did.

Nevertheless, I decided I would try it. How hard could a mile be anyway?

Well, quite hard actaully, especially if you just decide and go out and do it one day without much forethought. Maybe I should have noticed something was amiss when the Grim Reaper started to take up running with me and ambulances always seemed to pace me.

I’m not going to tell you what my mile was, mostly because I don’t think I reached a mile before turning around and convincing myself that cuddly like a pillow works just fine.

Who wants to hug a big slab-o-brick man anyway? Yup, soft and cushy. That’s the way to go.

It’s not by the way. Turns out that women really do like the slab-o-brick variety. I was more of the slab-o-side-o-beef variety.

Fast forward and here I am, trying once again to better myself. Wind, rain, sun, heat the bike comes out when I come back to work.

It feels good, too, though I have to admit there is that worry that breaking news of an important nature will pop up and I will have to come screaming up on my mountain bike, camera slung over the shoulder and disheveled.

You see, I know a lot of the police officers and firefighters in town. They may well stop what they are doing, just to laugh at the idiot on the bike, laying on his back in the grass trying to convince myself that cuddly is better than fit. 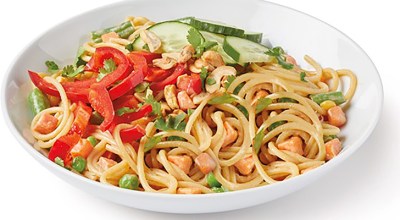