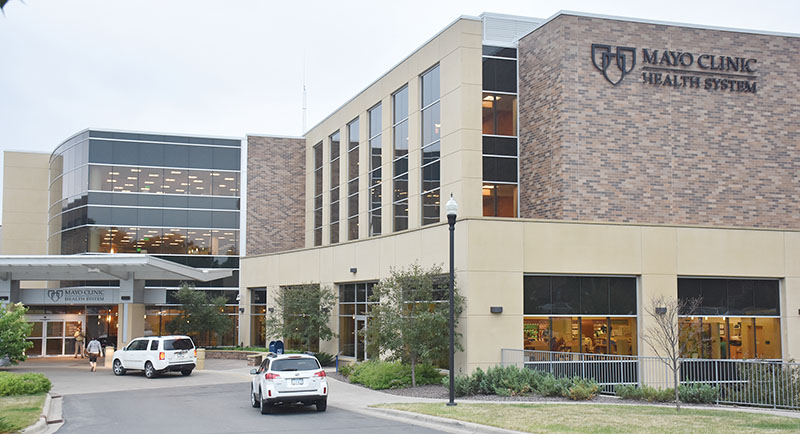 ALBERT LEA — Freeborn County commissioners hope to meet with Mayo Clinic Health System in Albert Lea and Austin officials next month to discuss the clinic’s controversial decision to transition most inpatient services to its Austin campus.

Commissioners unanimously approved submitting a letter to the hospital regarding the transition after hospital leaders announced last week that the health system will move overnight hospitalization and intensive care unit stays, childbirths and major surgeries to the Austin campus over the next three years.

Commissioners are requesting hospital officials attend either the July 11 or 18 board meetings.

“I think there’s a lot of frustration and disappointment in the community with the decision being made, and it was kind of dropped on everybody,” said interim Administrator Kelly Callahan. “I think there were very few people that knew this was coming down the road before it hit the (press).”

The vote came after commissioners discussed their disappointment with the hospital’s decision.

District 1 Commissioner Glen Mathiason, who started the discussion and supported asking the hospital to reconsider its decision, said he was not sure commissioners could alter the plans of Mayo Clinic Health System.

“I don’t like to see what’s happening, but on the other side I think it’s a corporate decision that probably won’t change,” he said. “I just think maybe it’s something we as county leaders should do, see what happens.”

Fifth District Commissioner Mike Lee said he did not think Mayo Clinic Health System was following its mission statement by enacting the transition, and he said the hospital needs to re-evaluate its decision.

He compared the transition to past job losses in Albert Lea, such as the Farmland Foods fire in 2001 and the recent announcement by Streater LLC to transition a portion of its work to an Arkansas-based company in the middle of this year, resulting in about 70 layoffs at the Albert Lea factory.

Hospital officials announced last week they expect the same number of jobs to exist between the Albert Lea and Austin campuses once the consolidation of hospital services is completed — though there will likely be a shift in jobs between campuses.

Lee said he believed there will be jobs lost in the transition, and he thinks people who will have to commute to other communities to work will move from Albert Lea. He questioned how lower-income people will be able to see relatives who will be hospitalized in Austin.

“People are going to have to go farther if you get hospitalized,” he said.

Both the Albert Lea and Austin locations will continue to provide emergency room, primary and specialty care, pregnancy care, and lab, pharmacy and other services. In addition, Albert Lea will also house the inpatient behavioral health care and addiction services, which leaders said would complement each other.

In a statement earlier this week, Mayo Clinic said the hospital is committed to being part of Albert Lea’s history.

According to the hospital, the transition will ensure Mayo Clinic Health System will continue to provide needed service, and hospital officials stated organizations that fail to respond to the changing health care environment end up closing entire facilities.

District 2 Commissioner Dan Belshan said he is bothered the planned Destination Medical Center has received state subsidies to grow Rochester while the hospital is changing the operation of rural hospitals.

“If they want to pay the $500 million back, then I won’t complain,” he said. “If you get people who are west of Albert Lea, getting to the hospital will be a real issue.”

Belshan mentioned past work government leaders have made to decrease the response time for first responders who are called to emergency medical calls, and he said he was disappointed the hospital decided to transition services after the investments were made.

“It’s our responsibility to actually have a meeting and have them explain themselves,” he said. Belshan suggested possible future collaboration between local entities and Mercy Hospital in Mason City, Iowa, as well as other hospitals.

“I think there are options that have to be looked at,” he said.

District 4 Commissioner Chris Shoff said he wished Mayo Clinic Health System would have engaged the community more about the transition, and he said the change could affect Freeborn County’s Public Health and Human Services departments.