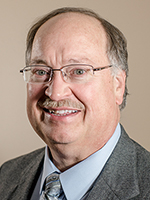 ALBERT LEA — An Albert Lea man on Tuesday announced his candidacy to fill the Congressional seat that will be vacated by Tim Walz in 2018.

Walz has announced he is running for governor.

Colin Minehart, 60, a DFLer, said he wants to move the district forward. Health care needs to be affordable and accessible, and creating and keeping jobs, ensuring security and protecting the environment need to be prioritized, he said.

“We just have to make sure our children have a future, and our seniors can retire with some dignity here,” Minehart said.

Minehart and his wife, Sue, owned the Long Branch Saloon, now known as the Bend in the Road, in Manchester after he left college. The couple have since owned separate restaurants in Manchester and Alden, and he now works as a sales consultant with electronic pull tab company Compliant Gaming.

Minehart is an Albert Lea native who graduated from the University of Minnesota. He and his wife have two children who are college graduates and live in the state.

There are only 10 rural districts that are controlled by Democrats, Minehart said, noting his belief the race will be important and his concern that a lot of outside money will pour in.

“As far as I am concerned, this seat is not for sale to the highest bidder,” he said.

Minehart said he ran multiple times for a seat in the Minnesota House of Representatives in the early 1980s, and he views today as the right time to run for Congress due to the stage of life he is in.

In a statement announcing his candidacy, Minehart outlined his goals in running for Congress.

“Just as I joined the [Minnesota Licensed Beverage Association] over 30 years ago to give back to an industry I knew I was going to take from, I am now seeking to join the American Congress,” he said. “I want to utilize the skills I have acquired over the past 40 years to give back to America, and especially the people of southern Minnesota. I have reached a point in my life where I truly want to help others, just as many people have helped me throughout my entire life.”

Minehart said he hopes to begin the process of coalition-building to melt the icy atmosphere he said is prevalent in Washington, D.C., and he hopes to meet people in the 1st District over the next year.

Former DFL state Sen. Vicki Jensen of Owatonna has also announced her candidacy for the congressional seat. Republican Jim Hagedorn, who narrowly lost to Walz in 2016, is running again.Several other candidates are rumored to be considering running for the seat from both parties.